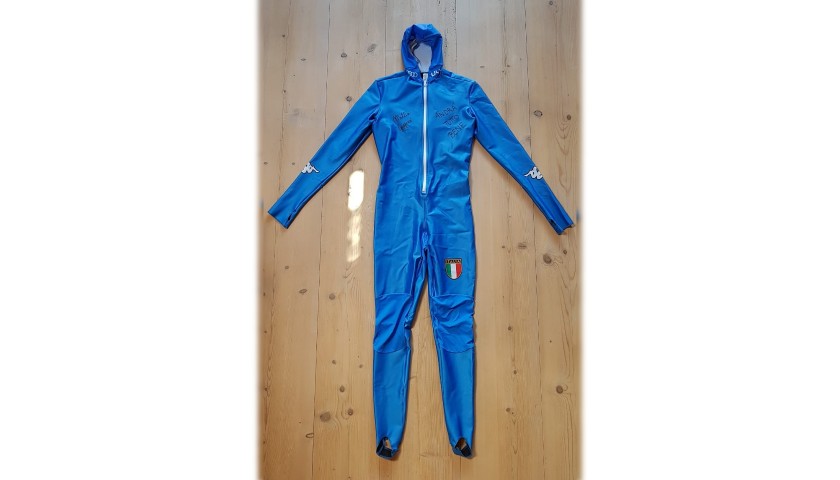 Mattia Gaspari, 26 years old, from Cortina took Bronze medal at the Altenberg 2020 Skeleton World Championships. Up for auction is the ski suit, signed with dedication, worn by the Italian national athlete on March 1, 2020, the day he achieved an extraordinary feat for his country by bringing home Italy's first ever world medal in the history of the skeleton race!