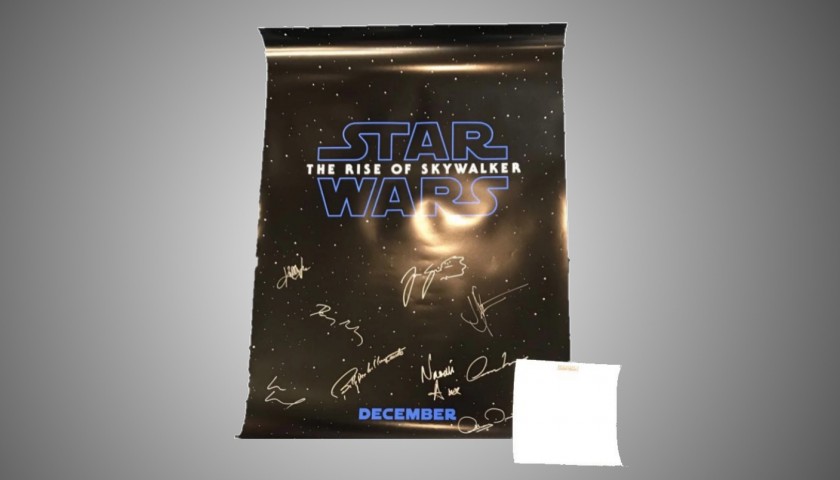 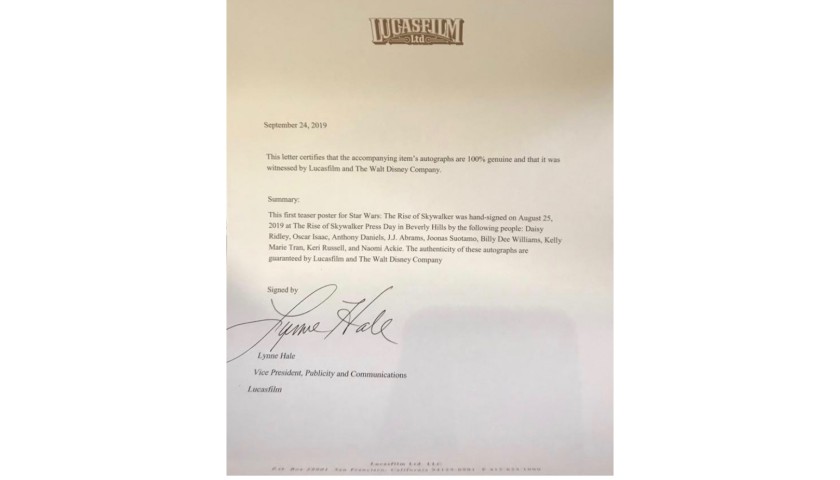 Take home this signed teaser poster of the Star Wars saga movie “The Rise of Skywalker"!

The Rise of Skywalker is an epic upcoming film of the Star Wars saga and will be the third and final film in the Star Wars trilogy!

The Rise of Skywalker will see the Resistance face the First Order once more, and the end of the ancient conflict between the Jedi and the Sith.

Also for this film there will be the historical faces of the saga, Mark Hamill and Carrie Fisher, with the addition of Billy Dee Williams who will resume the role of Lando Calrissian and Ian McDiarmid or rather Darth Sidious.

This is an incredible item for any Star Wars fan!

At Help for Heroes, they believe those who serve their country deserve support when they’re wounded.

Every day, seven people have to leave the Armed Forces as a result of physical or psychological wounds; their lives changed forever.

They help them, and those still serving, to recover and get on with their lives. They give them physical, psychological, career, financial and welfare support for as long as they need it. They also support their families, because they too can be affected by their loved one’s wounds.

They receive almost no funding from the Government, which means they rely on the spirit and generosity of the great British public, partners and volunteers to keep going. Rest assured, they continue to put pressure on the Government to do more.

So far, with your help, Help For Heroes have supported more than 22,000 people, but they know that many more still need them. They won’t stop until every wounded veteran gets the support they deserve. 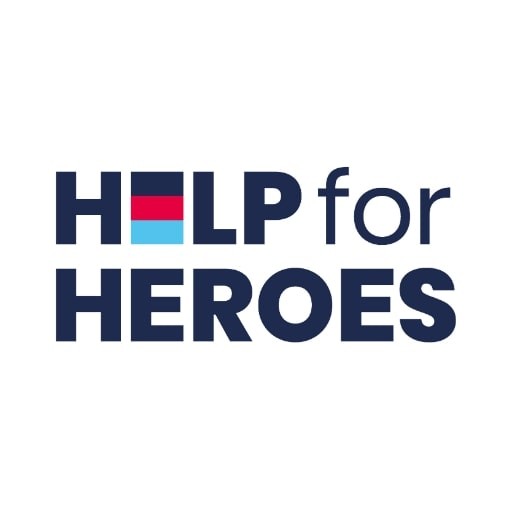 This auction is subject to a service charge related to the online sales platform that you're using. This service charge includes sourcing of the lot, evaluation of authenticity, storage, sales activity and customer support. The minimum service charge for this lot is £51.00.

This auction is subject to a service charge related to the online sales platform that you're using. This service charge includes sourcing of the lot, evaluation of authenticity, storage, sales activity and customer support. The minimum service charge for this lot is £51.00. 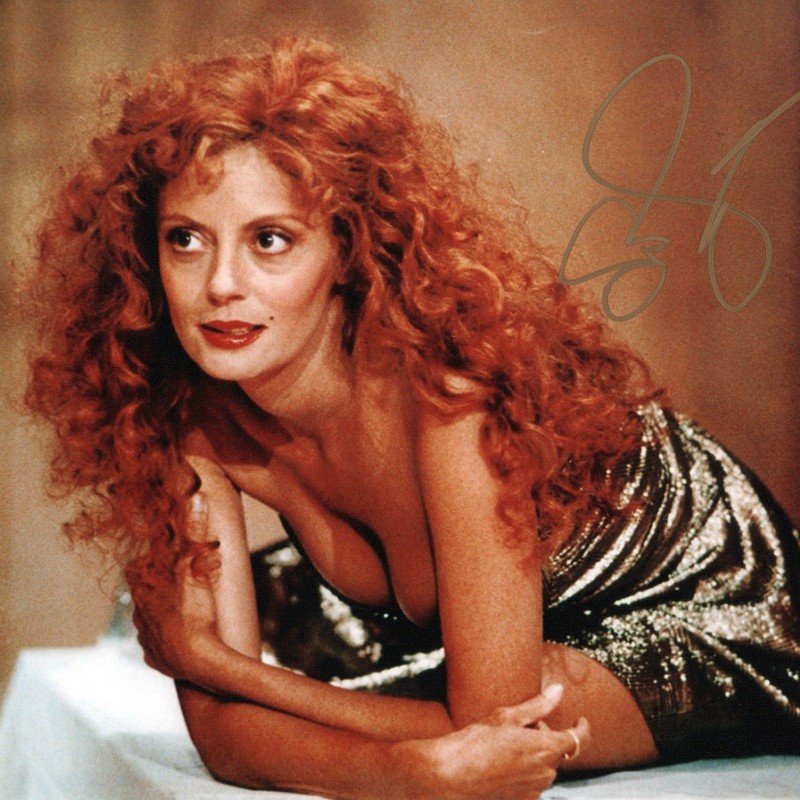 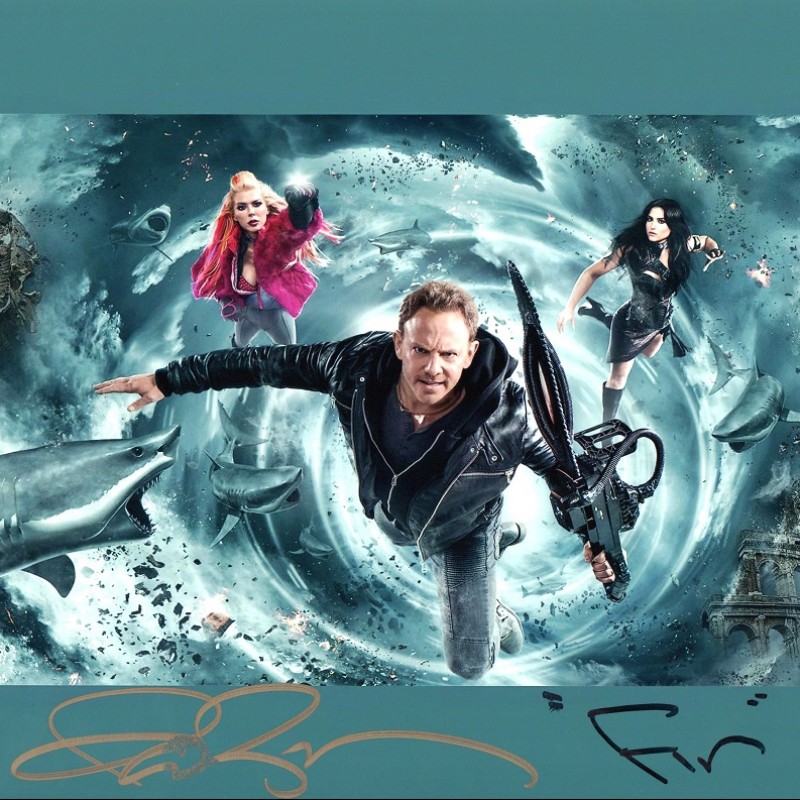 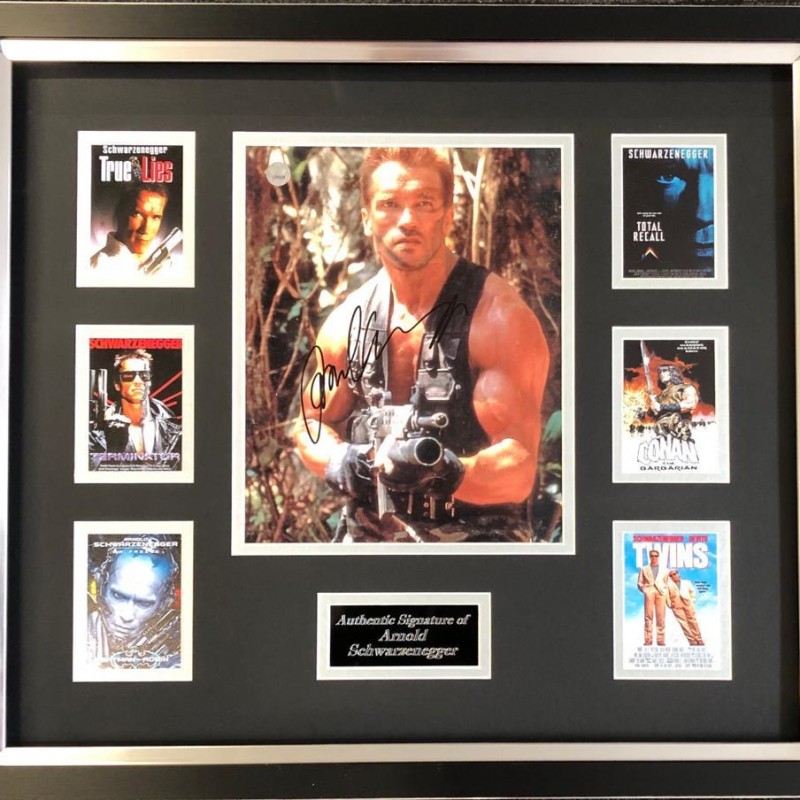 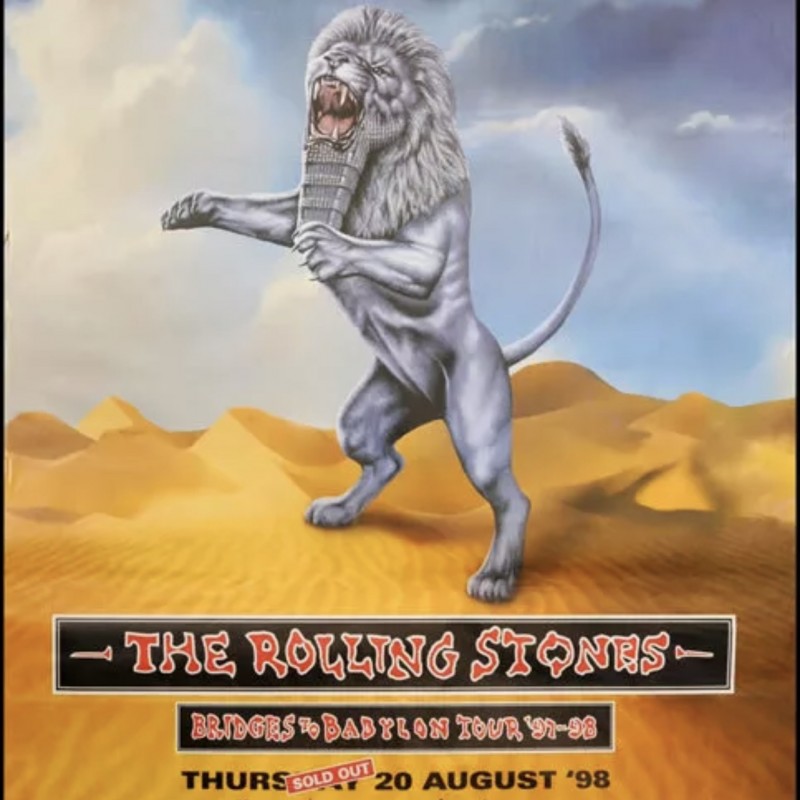 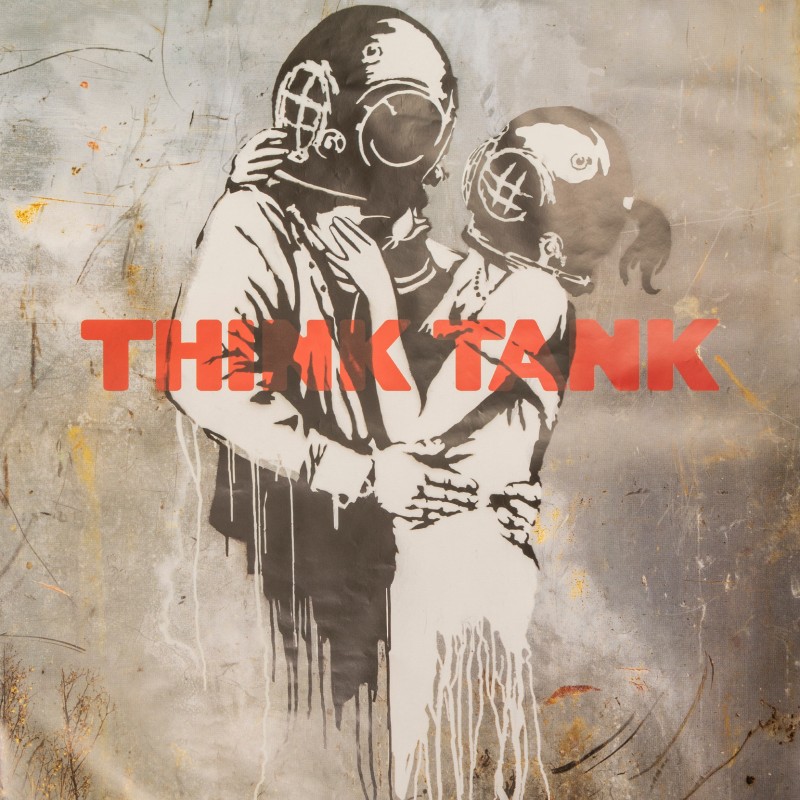 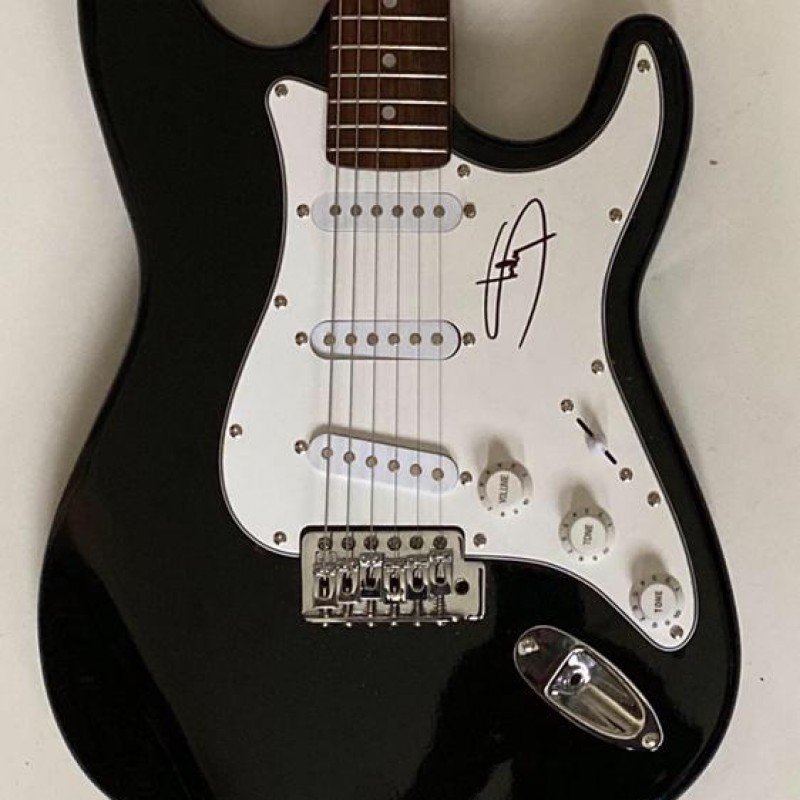 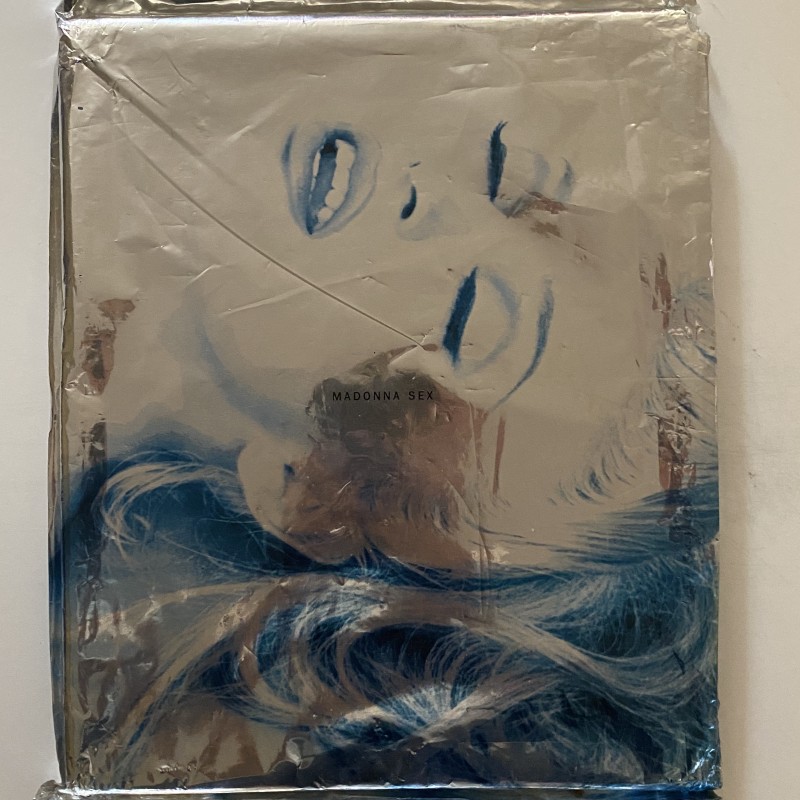 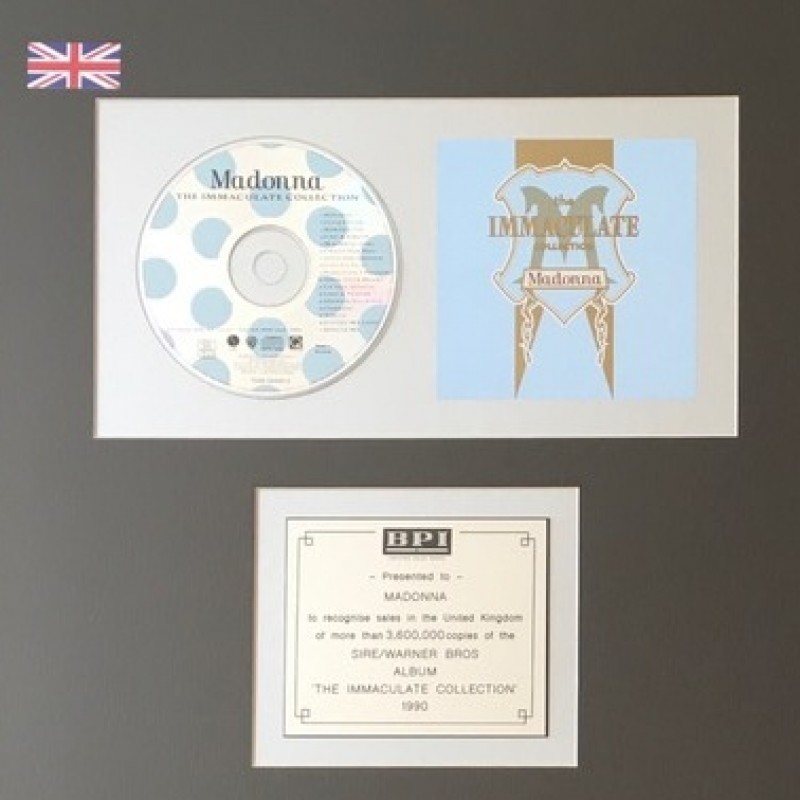 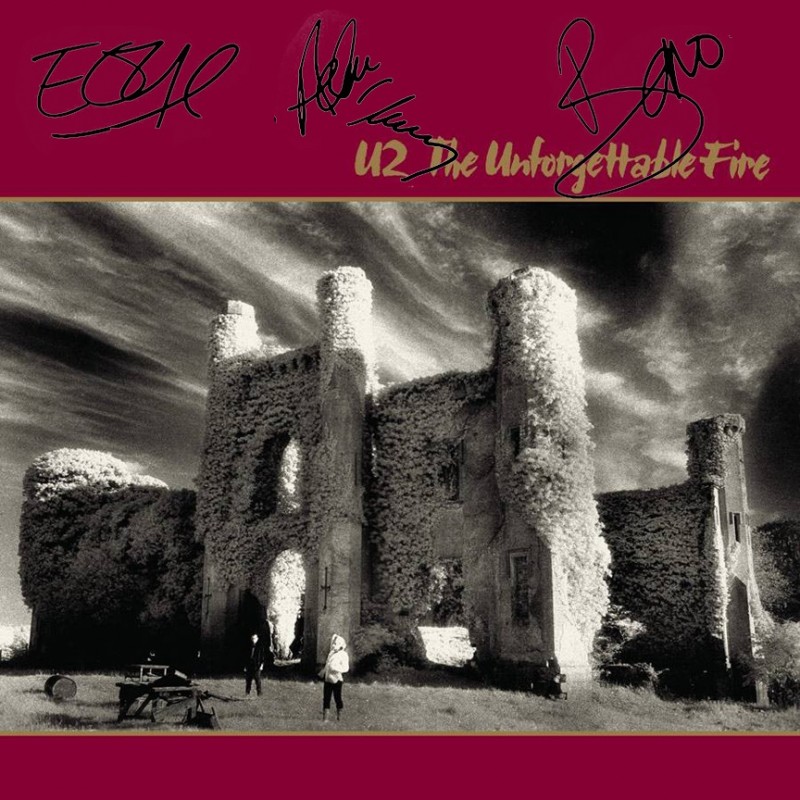 U2 “The Unforgettable Fire” Album with Printed Signatures