Sculptor, painter and also actor, Andy Warhol produced pieces that have become true icons. Sharp margins and bright colours are the hallmarks of his creations, strictly inspired by advertising posters. The genius from Pittsburgh narrated the America of the economic boom and, through his gaze, established himself as the ultimate expression of art as a collective good. Those who wish to do so have the chance to win six silkscreens of Marilyn Monroe, the actress who is a symbol of femininity, and, at the same time, to support the fundraising efforts of Two Wheels for Life, a charity whose aim is to enable health care to reach rural communities in Africa more easily.

Andy Warhol is considered the father of Pop Art and one of the most important and influential artists of the 20th century. After graduating with a degree in advertising graphics, he moved to America to work as an advertising illustrator and devote himself to creative projects that did not take long to be noticed by critics. Warhol's first works were images taken from American mass culture, supporting the concept that art is a good to be consumed, just like all the iconic commercial products of the time.

With his creations, Warhol wanted to portray American society and its consumerist nature, without judging. He adopts an external, detached gaze and chooses commercial products, comic book characters and film stars as the subjects of his works. Warhol's genius did not stop at painting: he was an all-round artist! The father of Pop Art drew inspiration from filmmaking and entertainment to create sensational artworks about prostitution, drugs and homosexuality. He was also interested in editorial and journalistic work and entered the world of music and television.

Screen Printing Work for a World in Full Colour

Andy Warhol's artworks are made using the silkscreen technique and the hallmarks of his creative designs are seriality and repetition. Originating in the Far East in very ancient times, silk-screen printing is a printing technique that spread to the United States at the beginning of the 20th century and, thanks to Warhol, became the ultimate expression of Pop Art. Highly appreciated for the possibility of varying the image by using different colours or adding paint to the print, silk-screen printing has marked the artist's production since the 1950s.

Warhol's silkscreen works reached their greatest fame around the 1960s, when the artist decided to publicly exhibit works depicting Campbell's soup, Coca-Cola bottles and wooden replicas of Brillo soap boxes. These were images of everyday consumer objects repeated over and over again. This choice was intended by the artist in order to reduce the images to dehumanised icons that reflected both the emptiness of American culture and the artist's emotional detachment from his art.

The repetitiveness of silk-screen printing, in fact, is appreciated by Warhol because it allows him to abandon handmade traces and go beyond the concept of uniqueness of the piece. Art is a commodity to be consumed and does not necessarily have to lead back to the hand of the artist. This was Warhol's brilliant intuition that helped revolutionise the world of visual arts, allowing him to distinguish his works from traditional productions.

Towards the end of the 1960s, Warhol created his most famous work. In 1967, he produced ten silkscreens on paper depicting the face of Marilyn Monroe, a well-known American diva of the time whom the artist succeeded in making immortal. Her image became a mass icon. These silkscreens became part of a larger collection of images of famous people of the time, including Mao Tse-Tung and Che Guevara.

Bright colours, repetition and advertising style are the hallmarks of Marilyn's silkscreens. Warhol succeeded in depicting the actress by giving her the image of a sensual, unattainable and highly coveted woman in society. Andy did not draw or paint her face, but dug out an existing shot. This was because his aim was to portray an easily recognisable face and give it new life.

Marilyn Monroe is thus transformed into a media product. Like the Campbell soup cans, the face of the American diva became the icon of mass desire. The reproduction of the same image in different colours within the same installation is designed to emphasise a continuous and renewed desire for possession. Pop Art enthusiasts have the chance to bid on six silkscreens of Marilyn Monroe by Andy Warhol from the same series (FS 14) and, at the same time, support the charitable cause promoted by Two Wheels for Life. 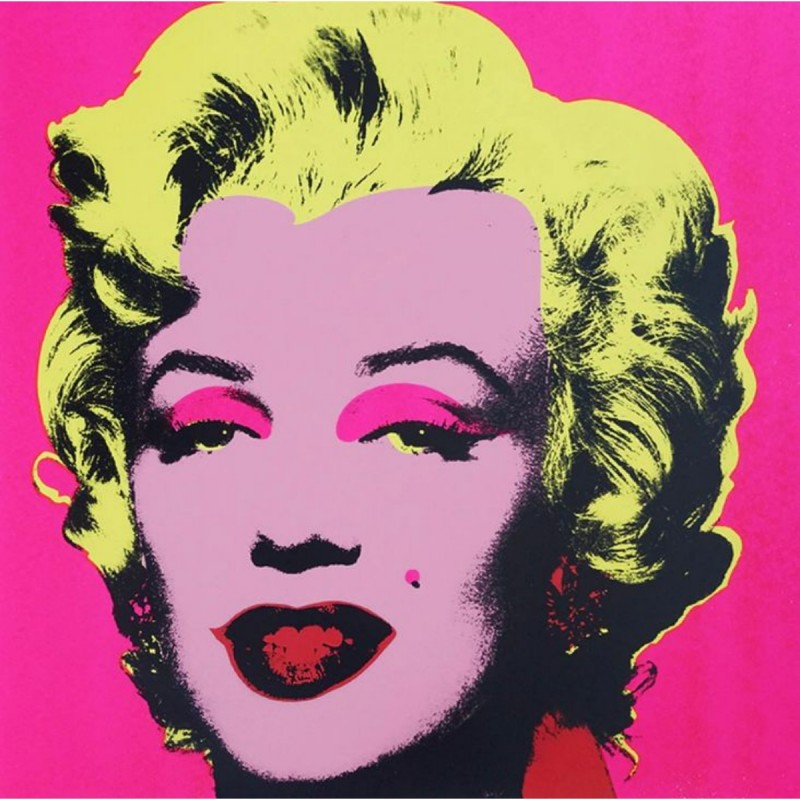 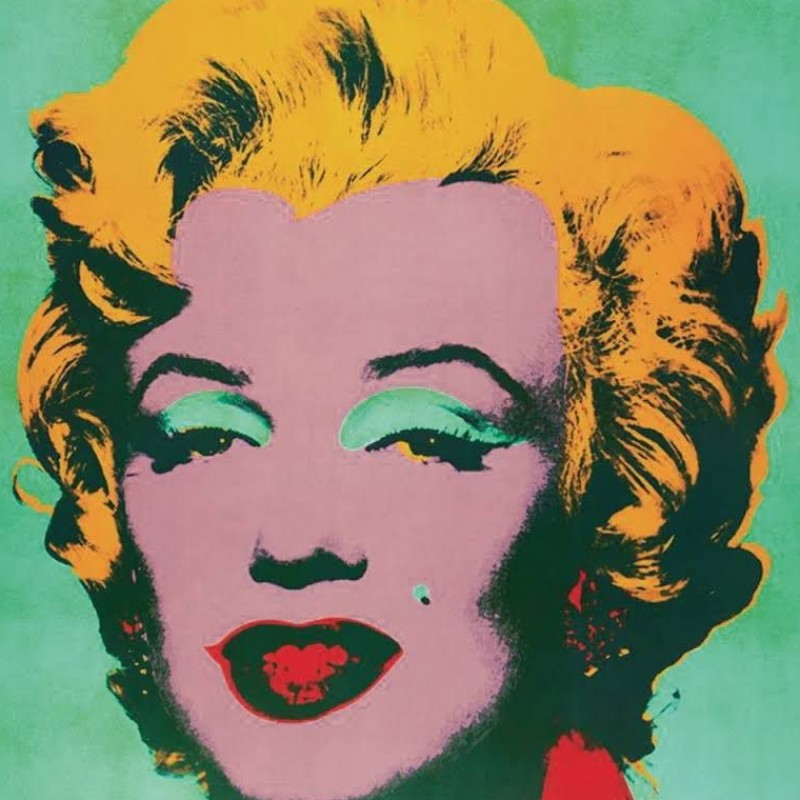 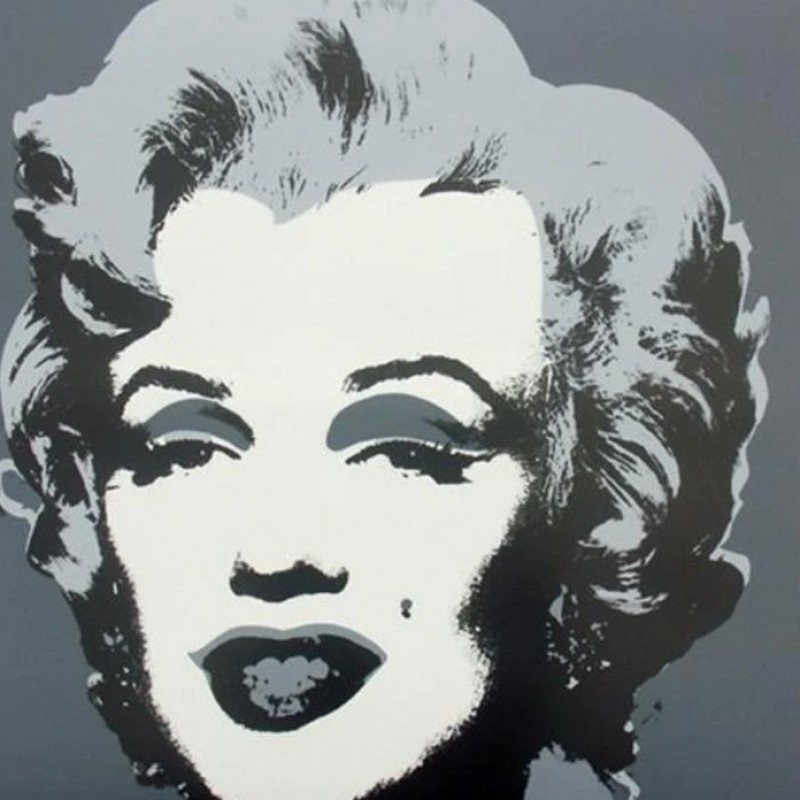 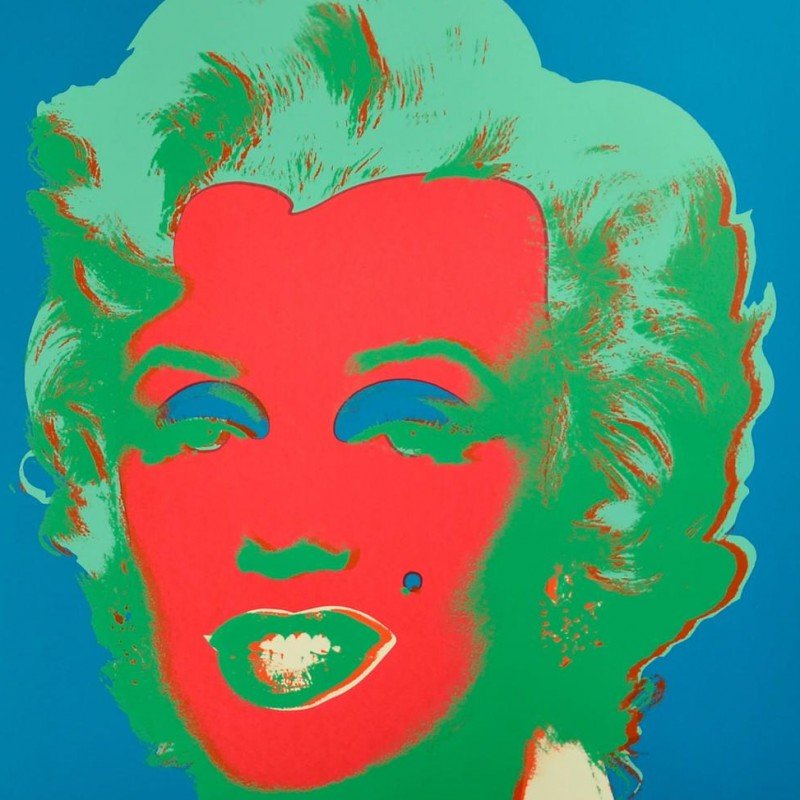