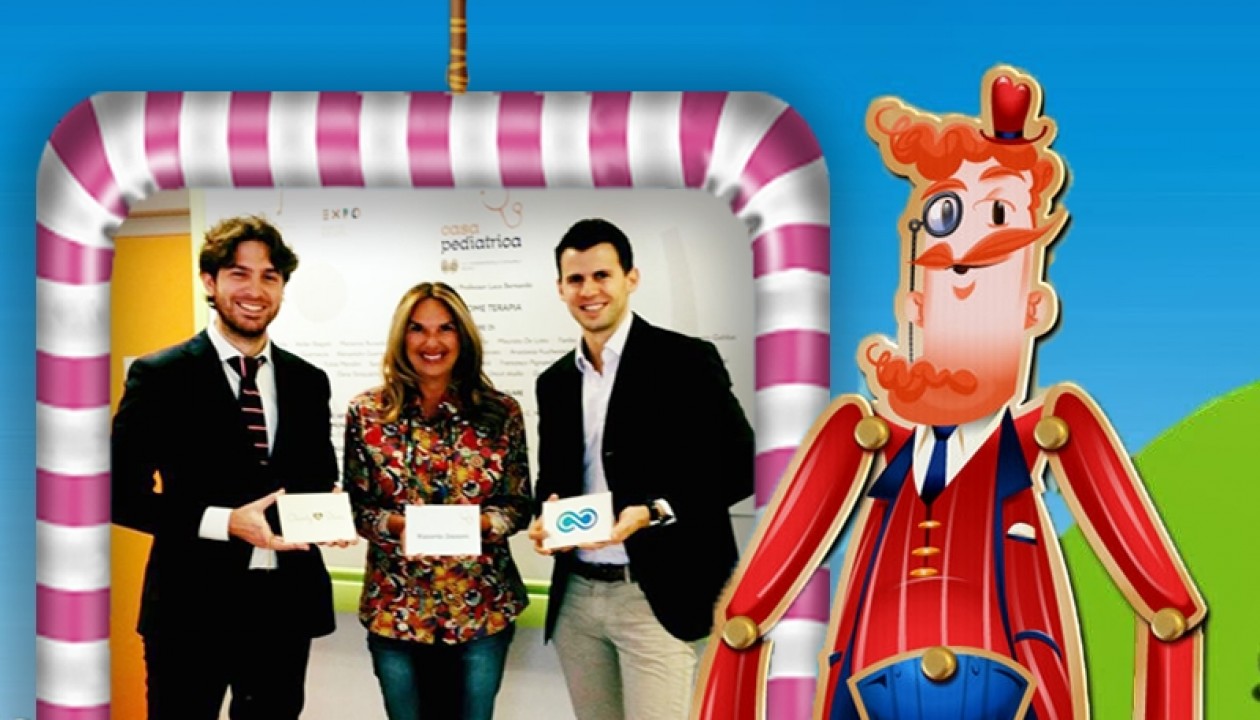 We’ve all played Candy Crush, the addicting app that broke so many records. Conceived by Riccardo Zacconi, the app reached the highest position in every game ranking and had over 45 milion unique monthly users.

It was this amazing result that convinced Francesco and Luca, two entrepreneurs in the app business, to bid 25,500€ for the opportunity to have lunch with Riccardo Zacconi.

“Both of us really admire Riccardo, since he is one of the few Italians who created a billion dollar company in the same market we operate in. He represents an example from which we can learn so much, and that is why we were extremely interested in the opportunity to visit King headquarters and have lunch with him”, said the auction winners.

The proceeds of the auction supported Liberamente Onlus and its project, which helped renovate “La Casa Pediatrica”, the pediatric wing of the Fatebenefratelli Hospital in Milan, Italy.

However, Francesco and Luca were not the only winners. Our CharityStars team had its own little victory as well. The hospital thanked CharityStars for the collaboration and the visibility of the campaign, and a plaque with the CharityStars logo was hung in the hospital to remind everyone that even an app can have a “sweet” impact on people in need.