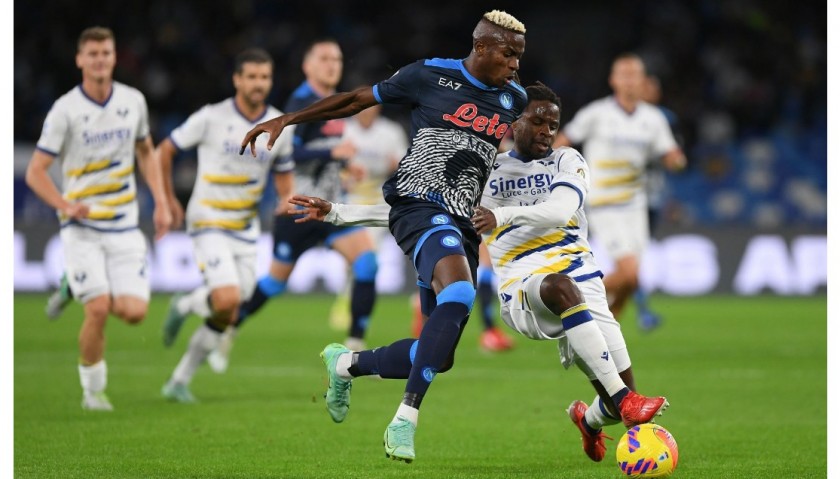 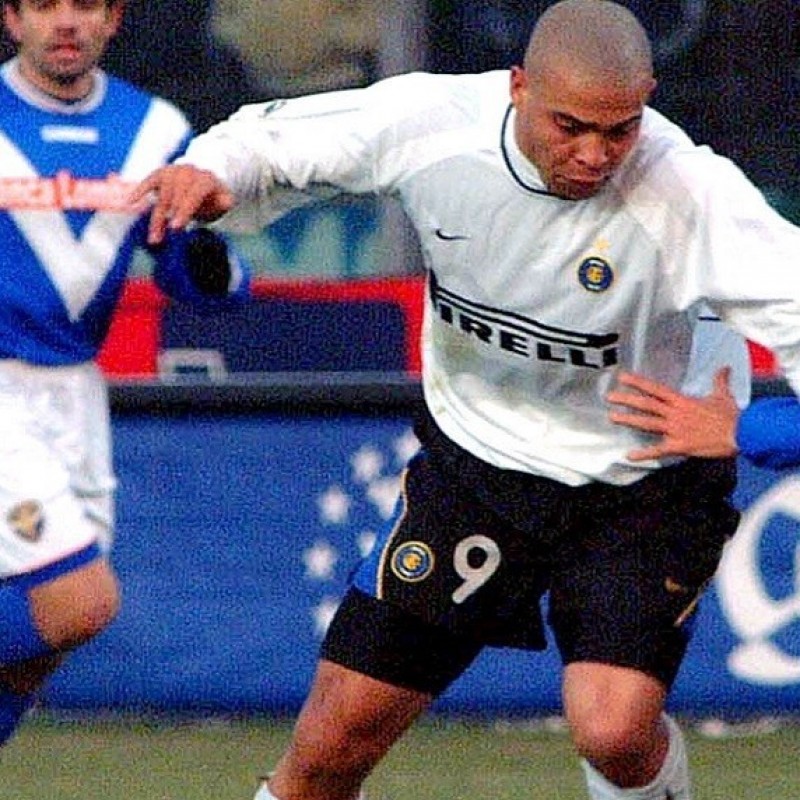 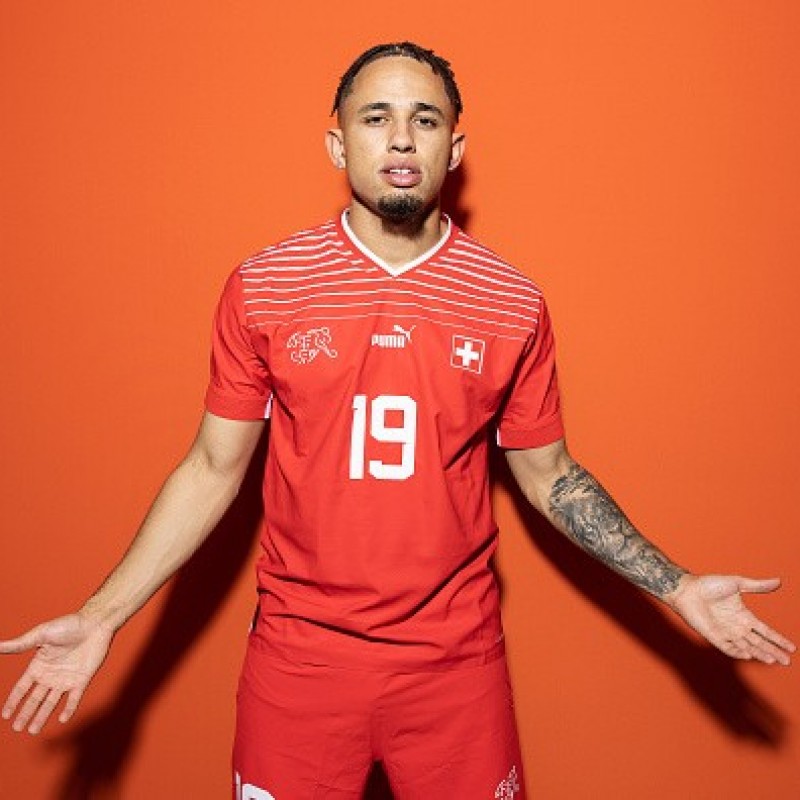 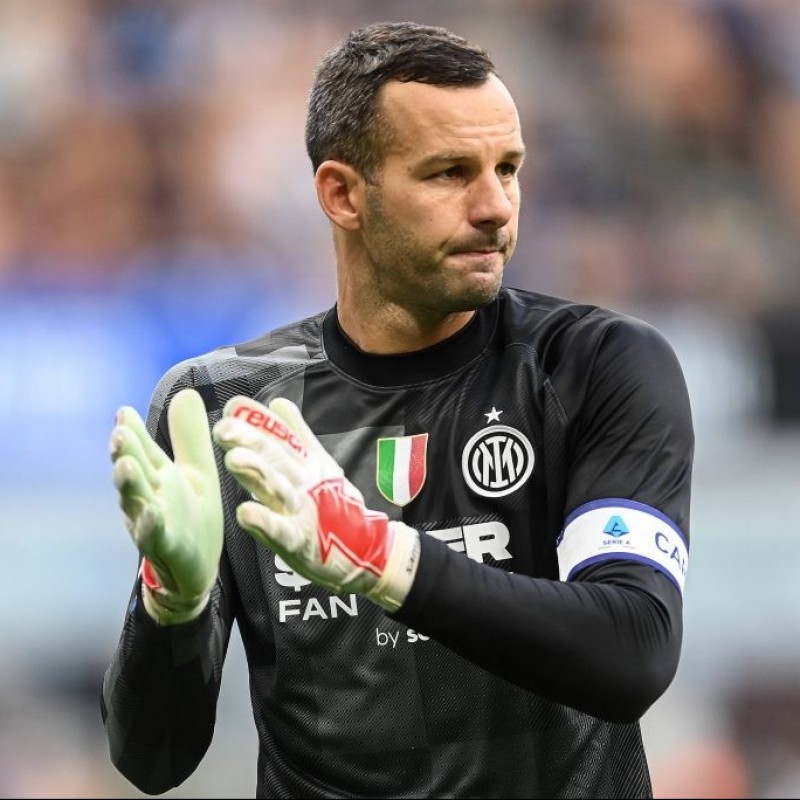 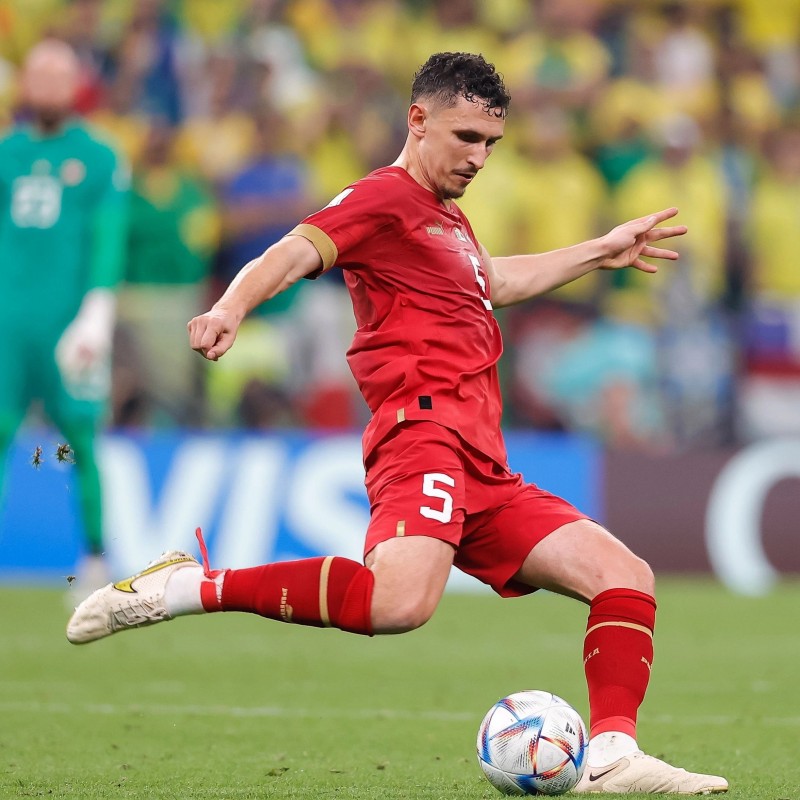 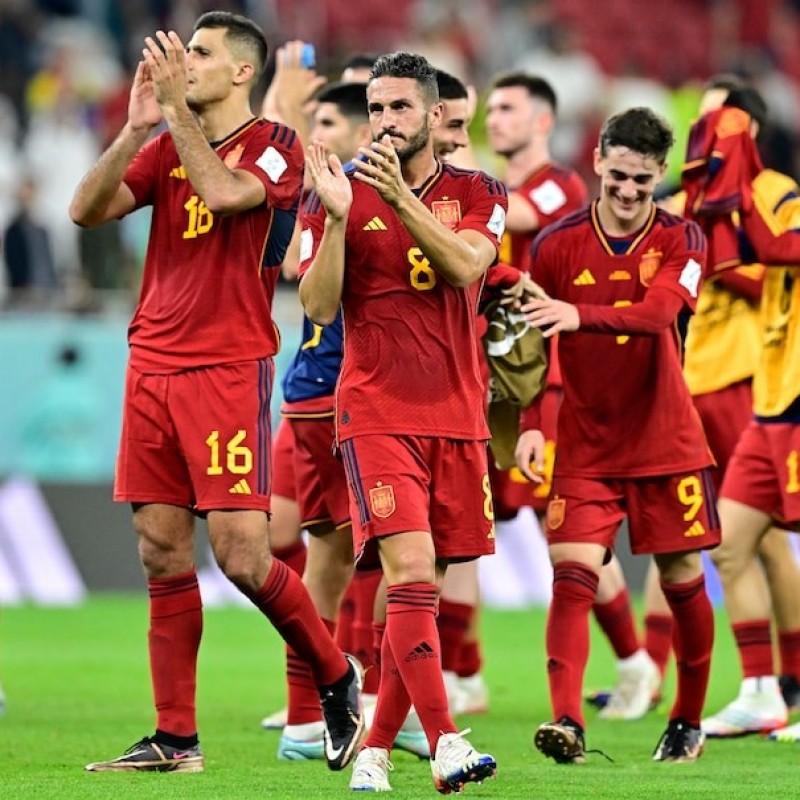 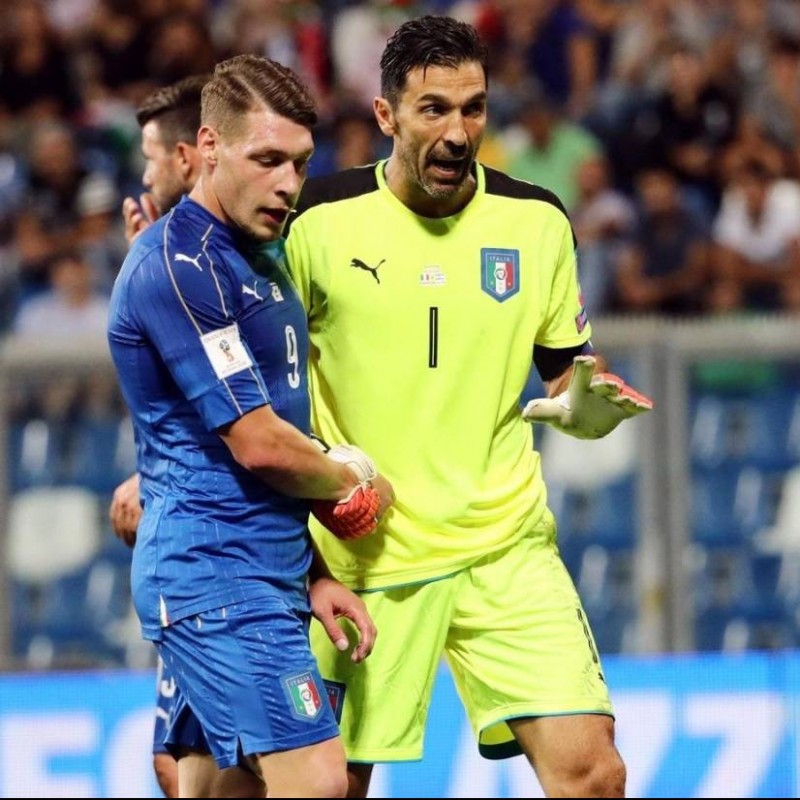 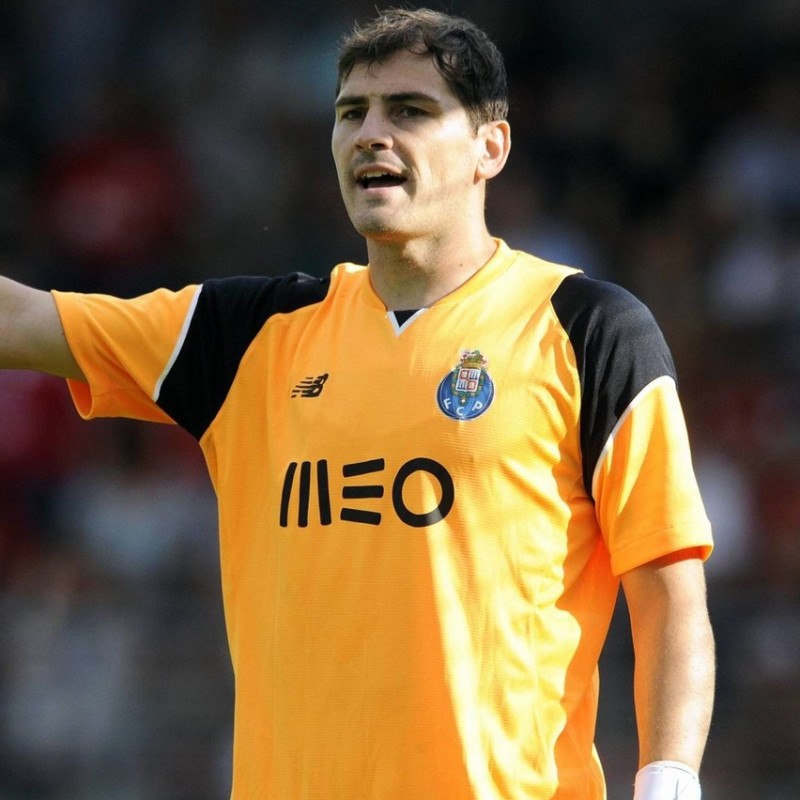 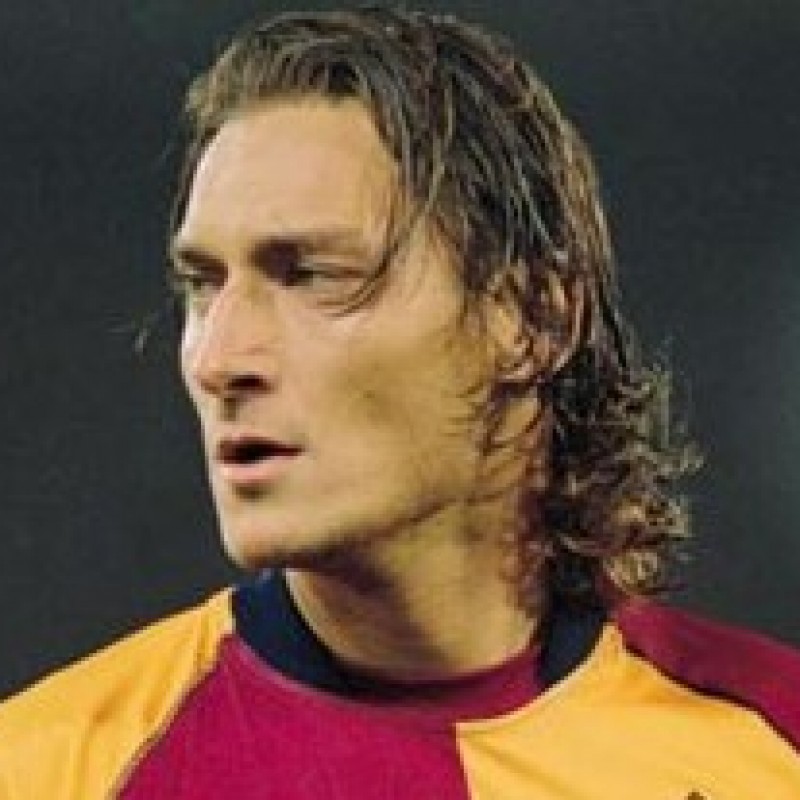 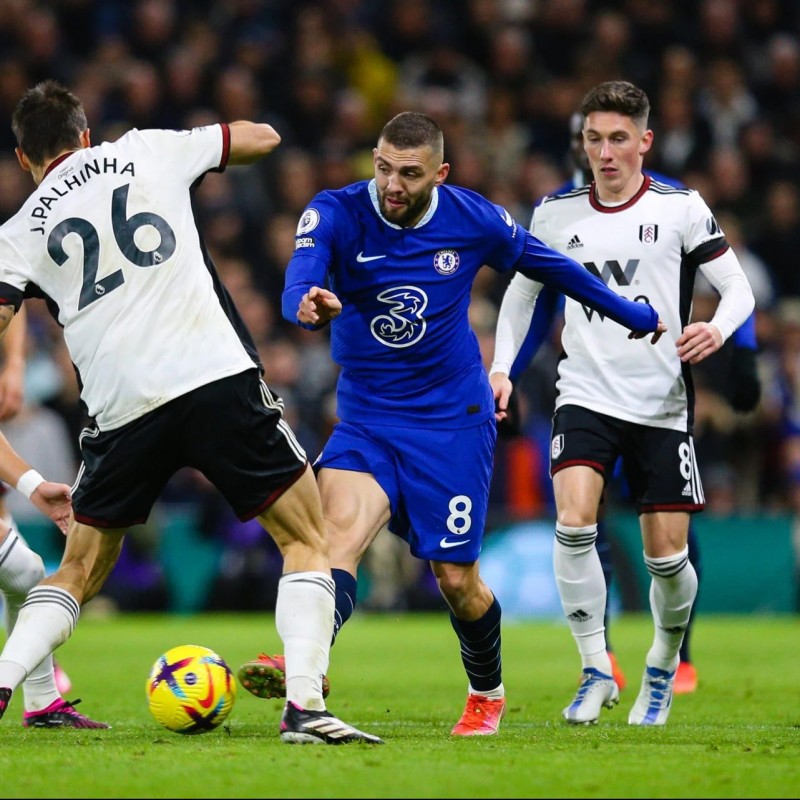 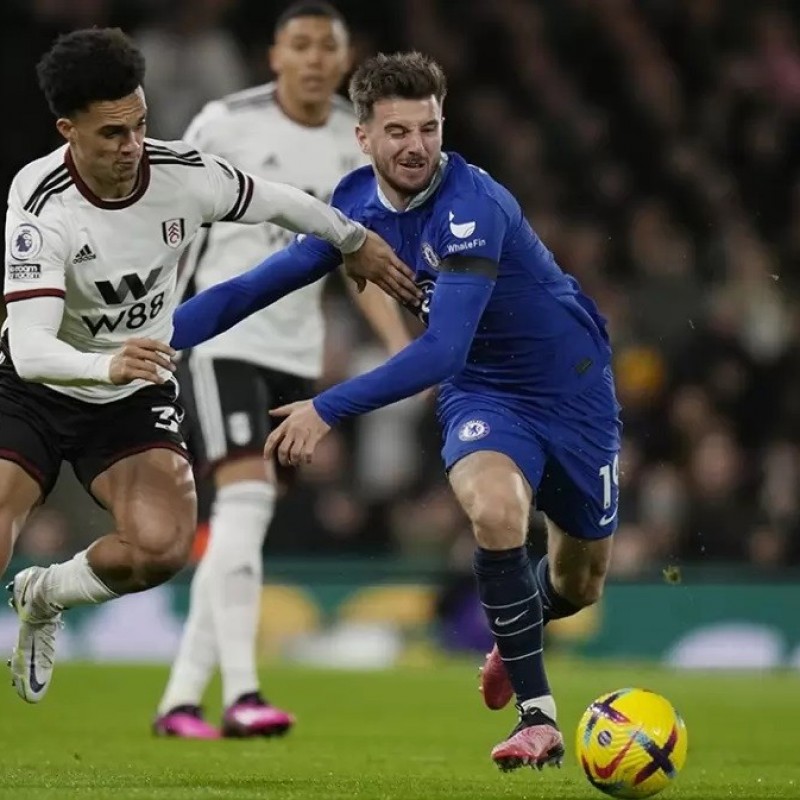 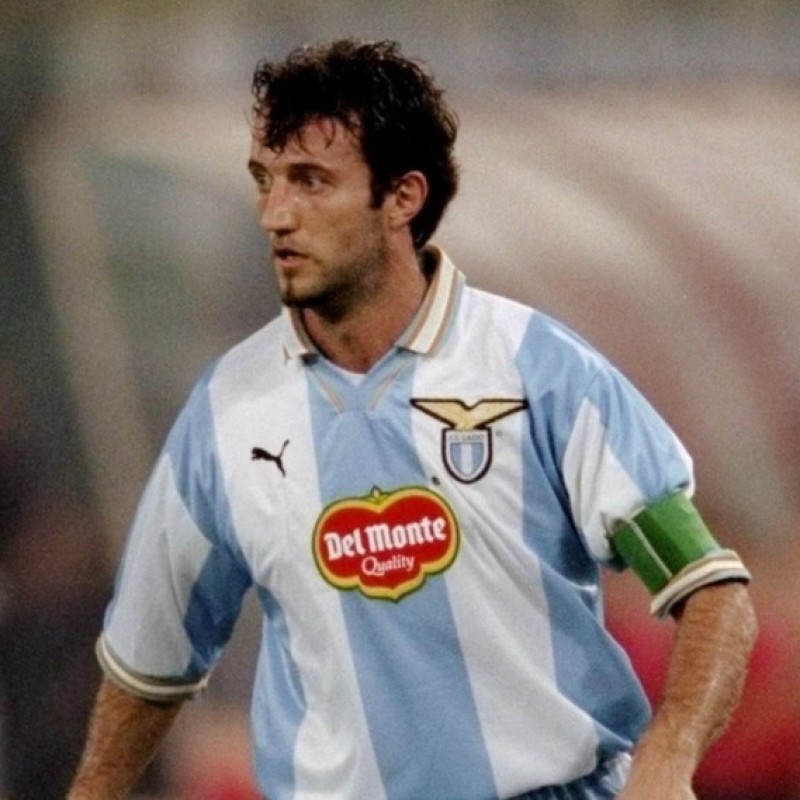 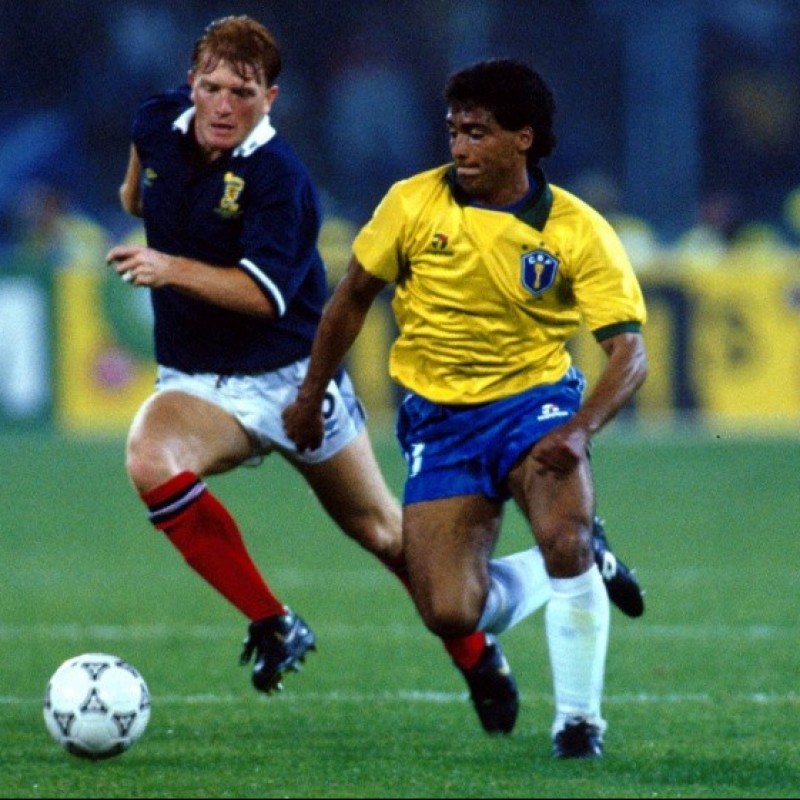 Take home this blue SSC Napoli Limited Edition "Maradona Game Shirt", version from a match against Hellas Verona played on the 12th matchday of Serie A TIM 2021/22, for the Nigerian forward Victor Osimhen.

The match, played at the Diego Armando Maradona Stadium in Naples on November 7, 2021, ended in a 1-1 draw.

This auction is subject to a Buyer's premium related to the online sales platform that you're using. This Buyer's premium includes sourcing of the lot, evaluation of authenticity, storage, sales activity and customer support. The minimum Buyer's premium for this lot is €65.70.