What if someone told you that you could buy and if you wanted, even wear shoes signed by your legend?
Yes, the shoes of the very singer or actor or sportsman who has always made your heart beat that bit faster. What if you could not only buy shoes from your favourite celebrity but also do something good?

That's what Small Steps Project, a charity that offers concrete support to all those children forced by poverty to live by collecting and recycling landfill waste, is all about. By providing shoes to protect the children's feet, Small Steps Project enables them to take small steps away from landfill and poverty and towards a proper education.

Find out who has joined the campaign from sports to entertainment personalities! Win their shoes and support the work of Small Steps Project.

If the world of music fascinates and attracts you, then you have to combine your passion with the world of collectibles. What better way to pay tribute to the singer who inspired you than by buying something that was once theirs?

Who hasn't hummed one of the songs of Chris Martin, better known as the lead singer of Coldplay? As well as being an important musician who has performed on stages all over the world, making generations of fans sing, he is also famous for his charity work. In an interview, he said "I love my red sneakers, but not as much as I love Small Steps Project", so if you're a fan of Chris and want his autographed red sneakers, you can bid for them and add them to your collection.

If you're more of an old school fan, Brian May's autographed shoes, white Nike shoes with orthopedic soles and signature on the heels, are the one piece your collection has been missing.

Moving from one music icon to another, why not get Tom Jones' derby boots? A Welsh rock, soul and pop superstar, Jones has performed alongside the likes of Robbie Williams, as well as creating internationally acclaimed masterpieces such as 'It's Not Unusual', 'Green Green Grass of Home', 'Delilah' and 'A Boy From Nowhere'.

Still not satisfied? Below you will find the shoes of the other singers and musicians who have joined the project. 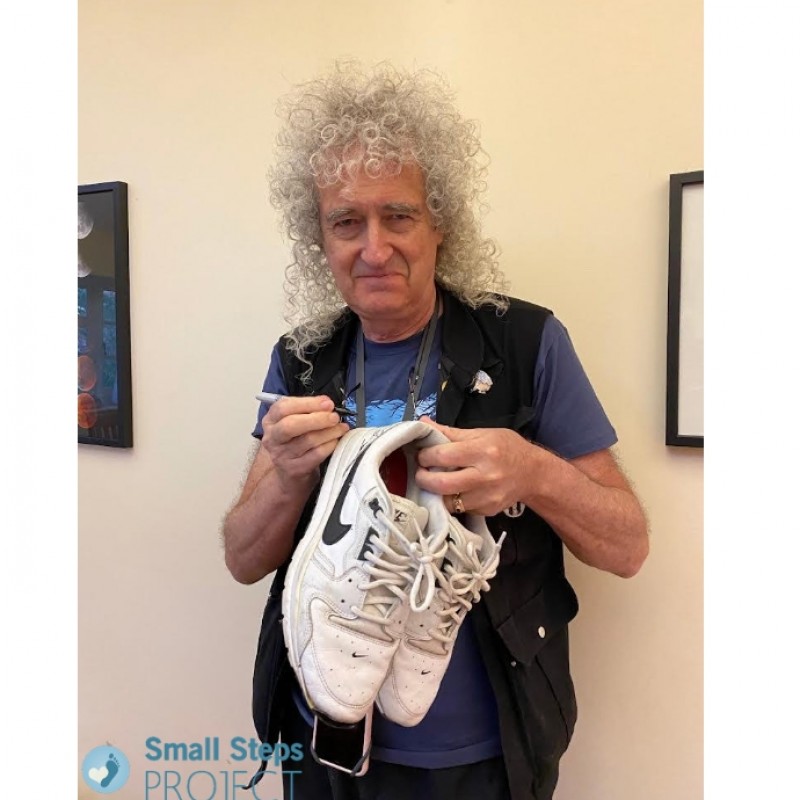 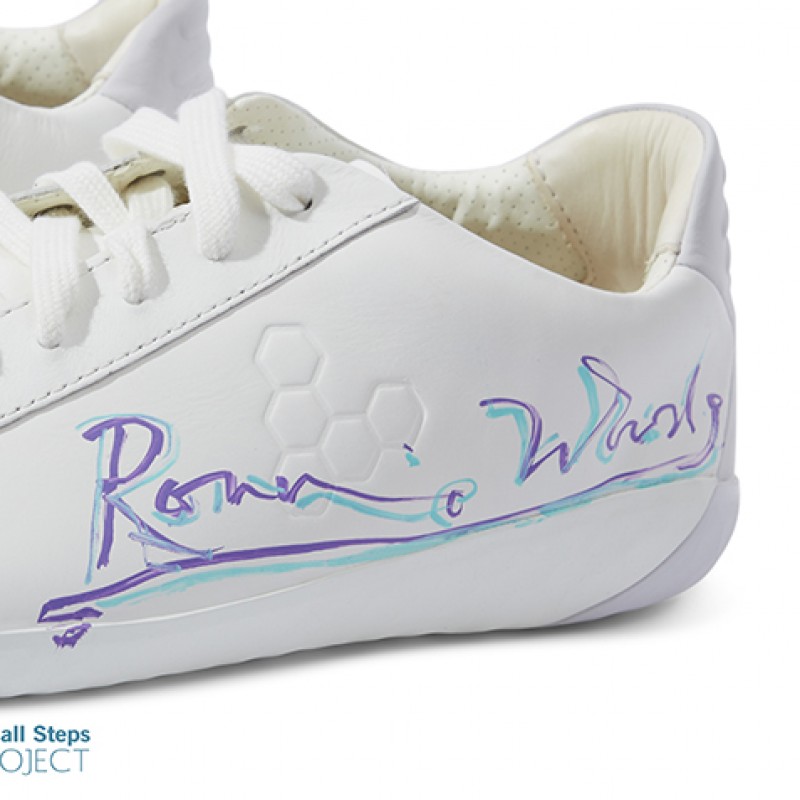 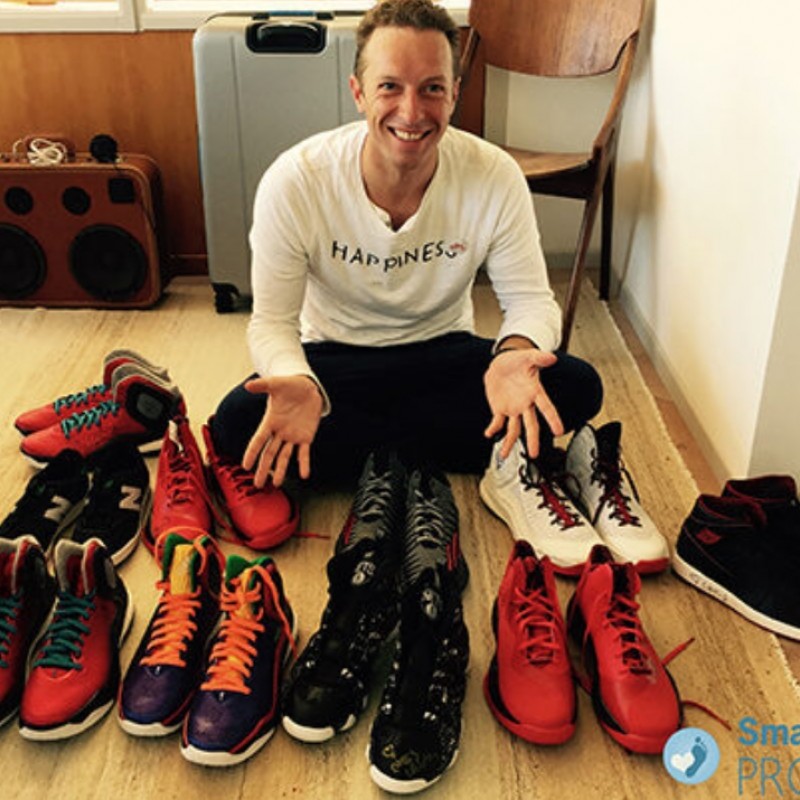 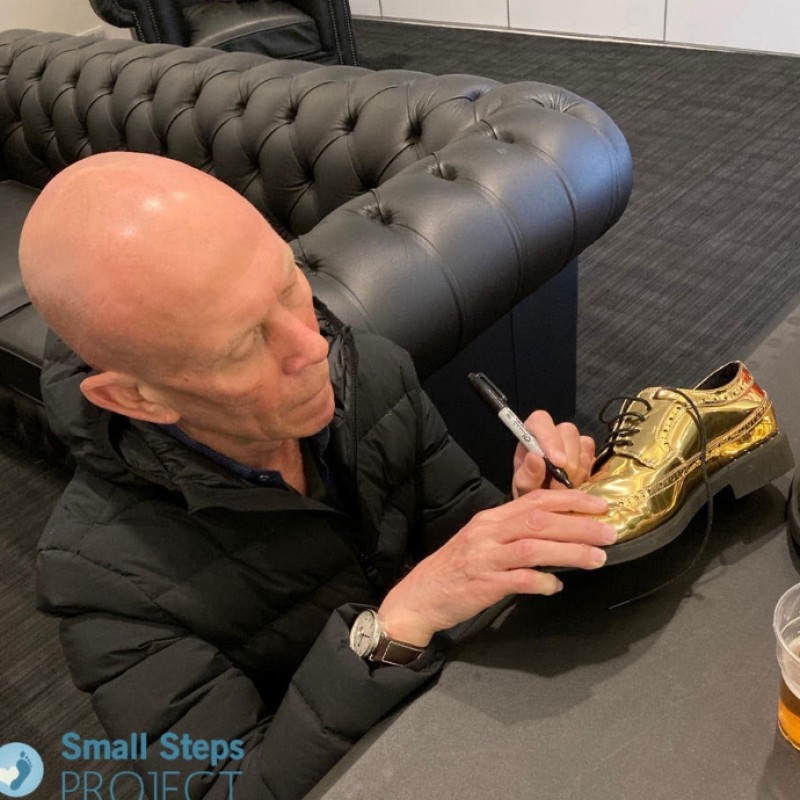 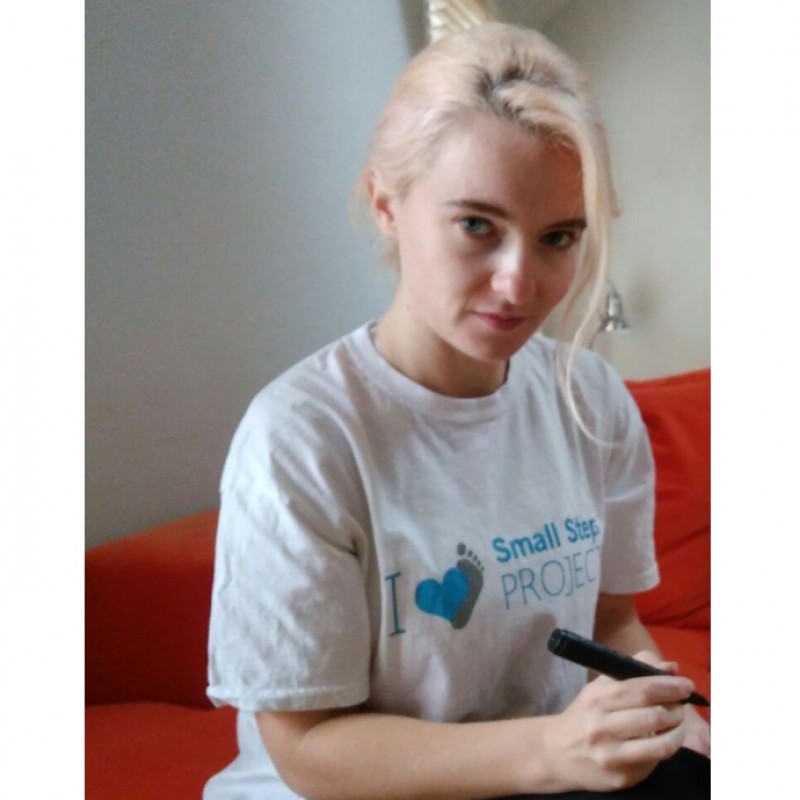 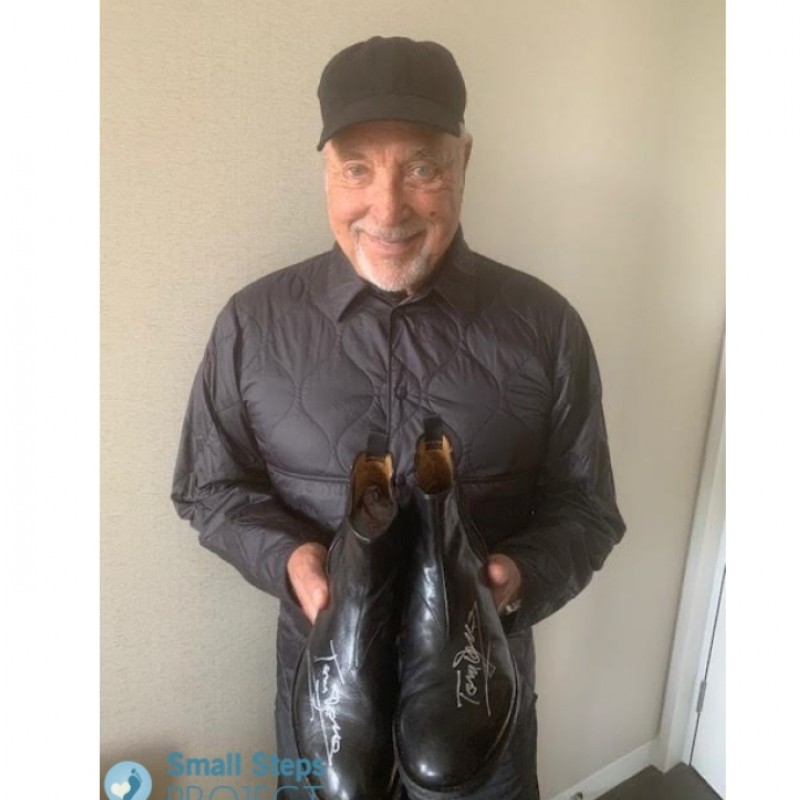 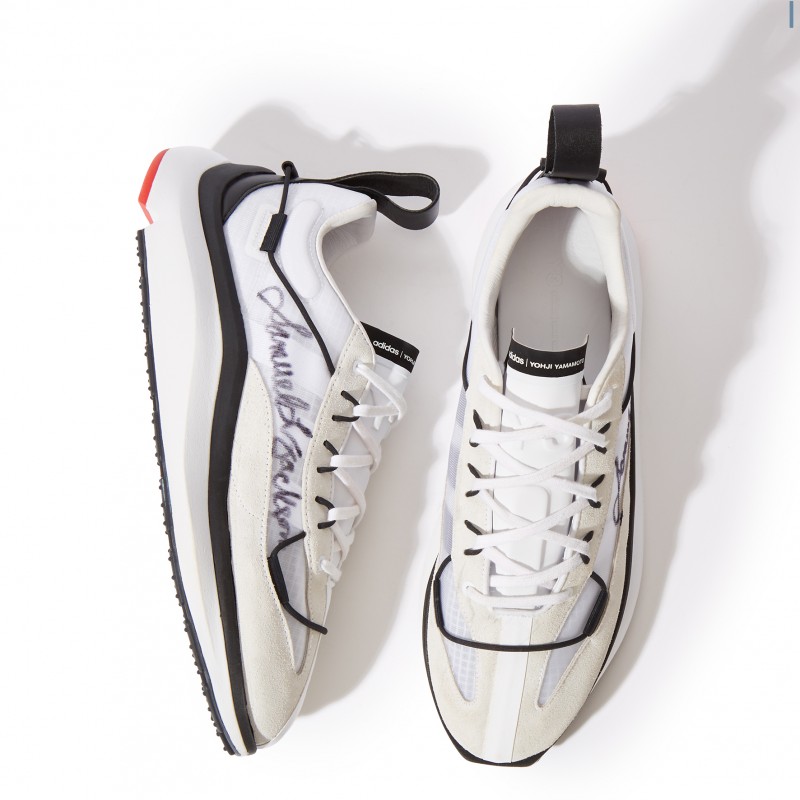 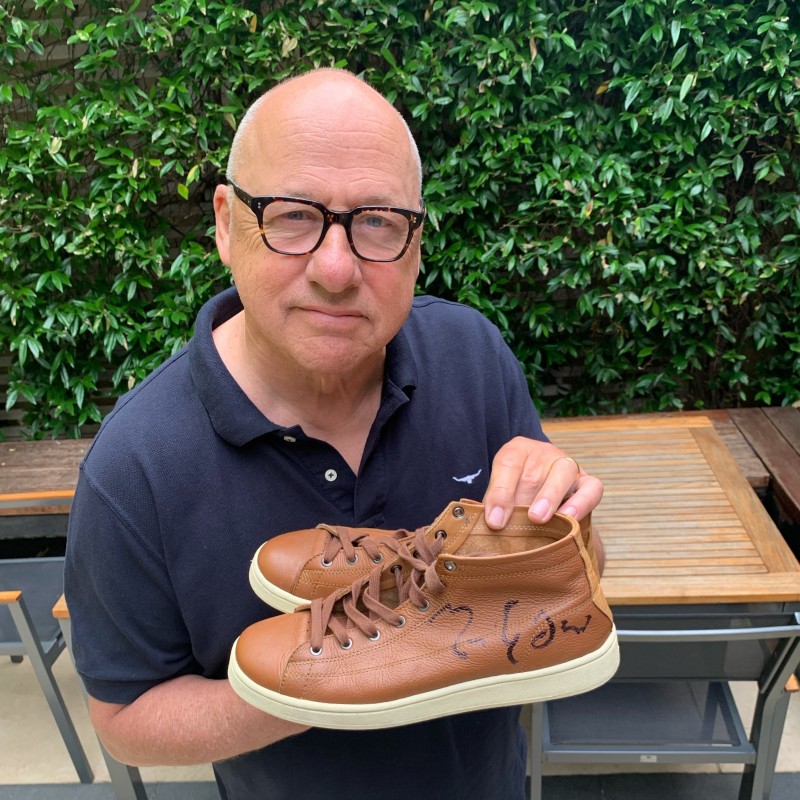 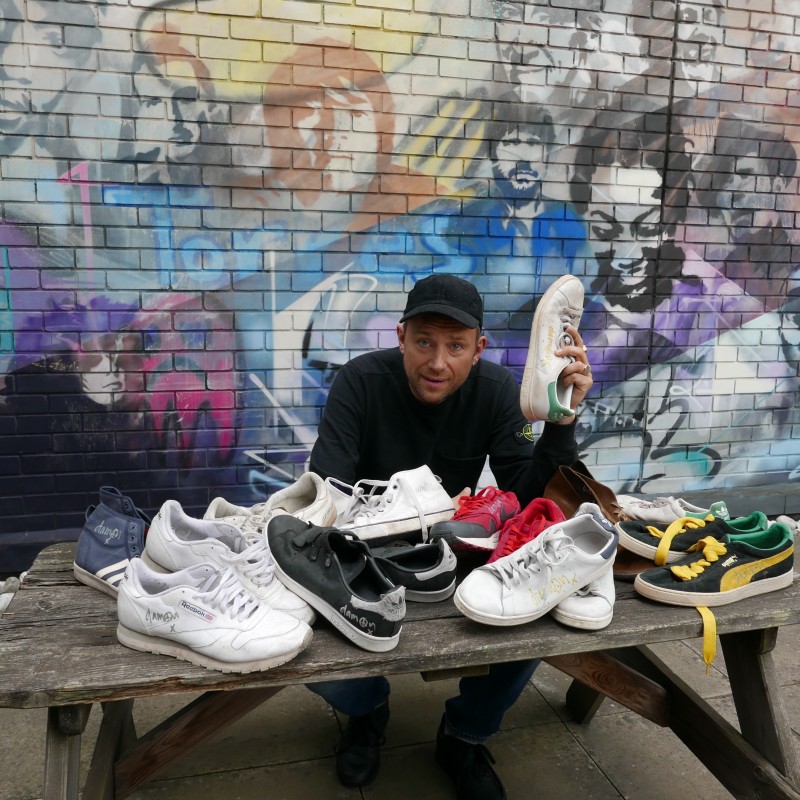 Shoes are an essential item not only for fashionistas, but especially for sportsmen. Whether you're a collector or an enthusiast, here are some shoes signed by the greatest athletes of our time that you can't miss.

Let's start with the world of tennis: who hasn't heard of Novak Djokovic? The Serbian pro, world No.1 champion, has made available the red sneakers he wore for just one match. The custom-made model has the champion's signature on the back of both shoes. If you want to get Novak Djokovic's autographed shoes, you can't miss this chance!

From one tennis star to another. He is a former US tennis player, a master of the game of volley. He was famous for being very confrontational on the field, often getting into heated arguments with opponents and umpires. If you're a fan of this tennis player, you can't miss his signature shoes: John McEnroe's autographed shoes, worn on the Champions Tour, are ready to add to your collection.

Driver Lewis Hamilton, winner of 7 Formula 1 world titles and considered to be the best of his generation, also took part in this project. If Formula 1 ignites you and you're a fan his white Puma DIA driver's boots worn in the race, during the 2019 season, are a more unique than rare occasion.

If you haven't found your favourite athlete's shoes, find out below about the other athletes who have joined the cause. 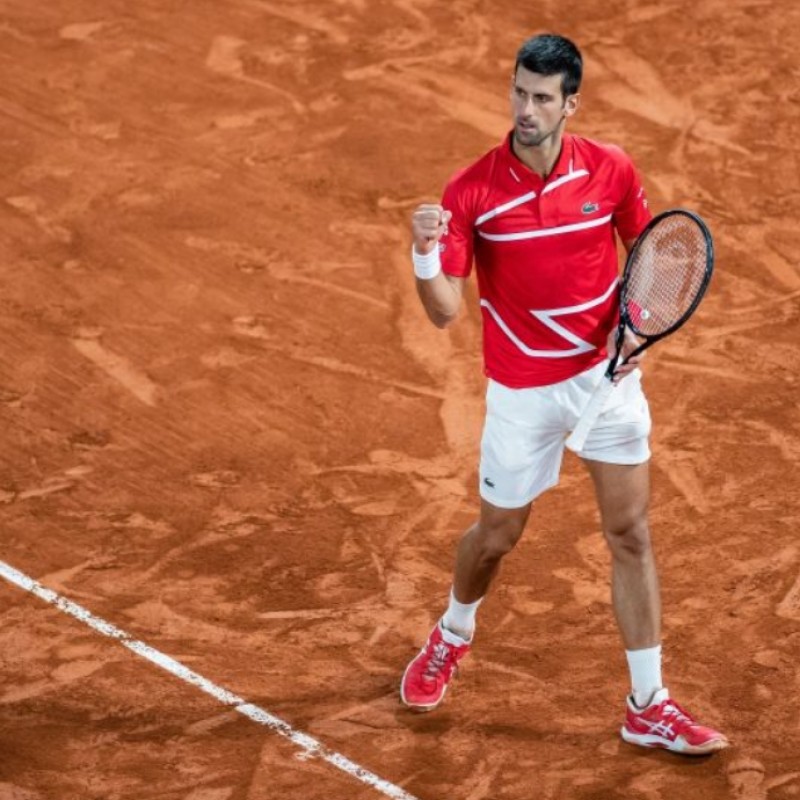 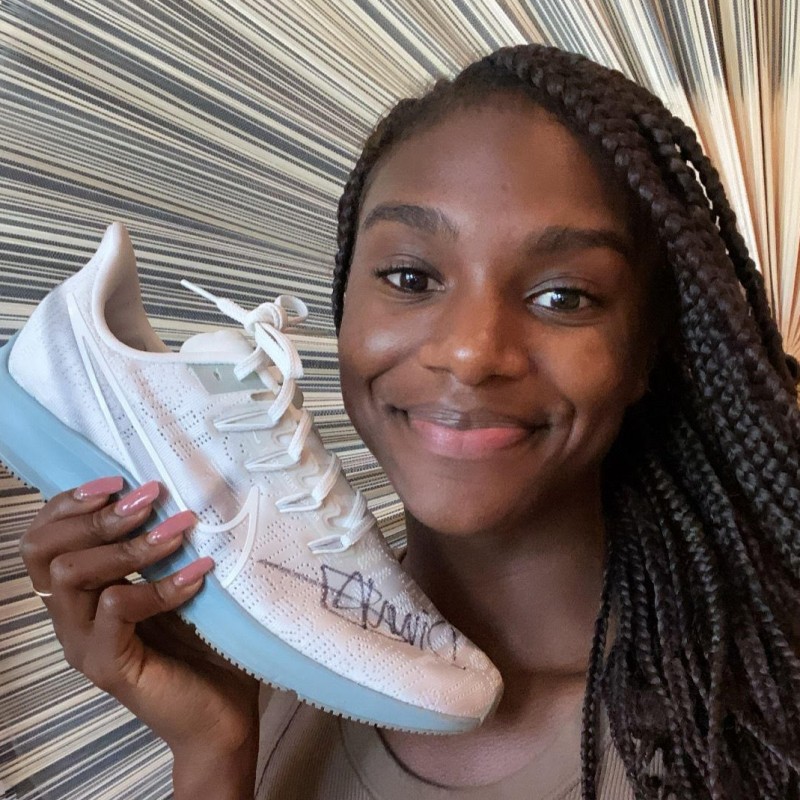 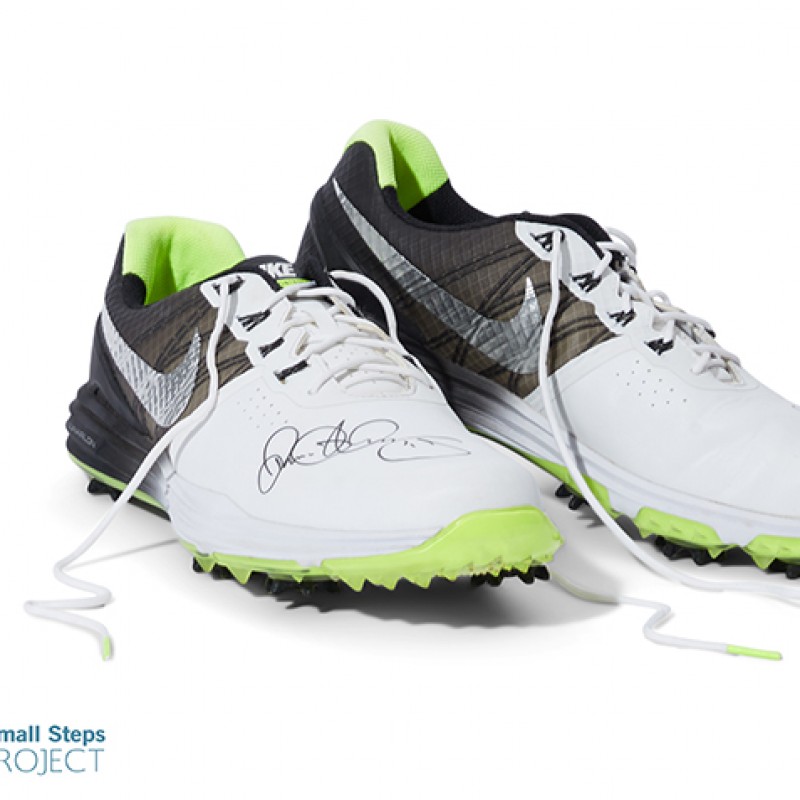 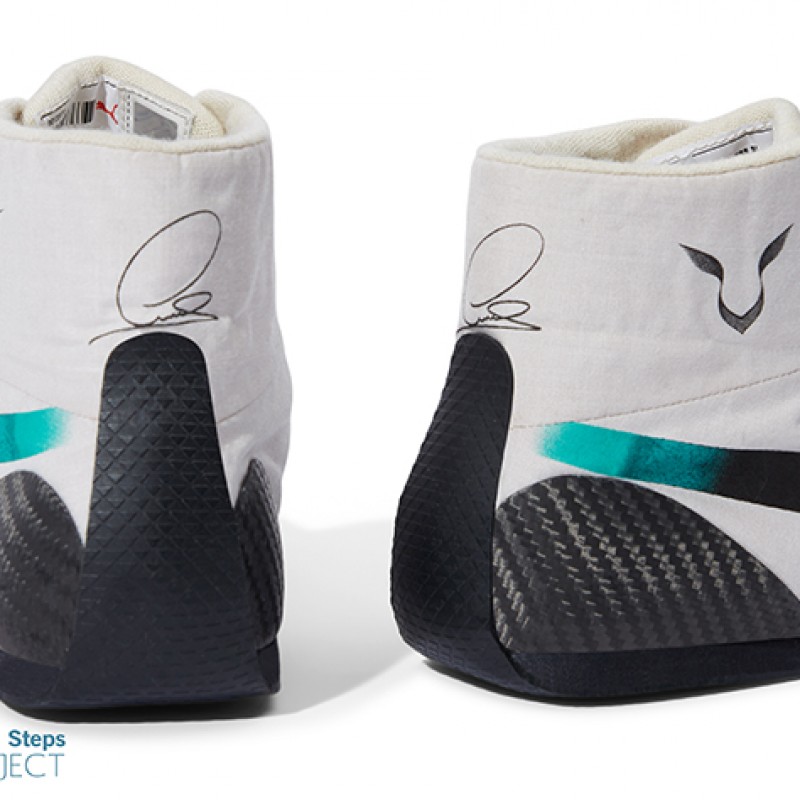 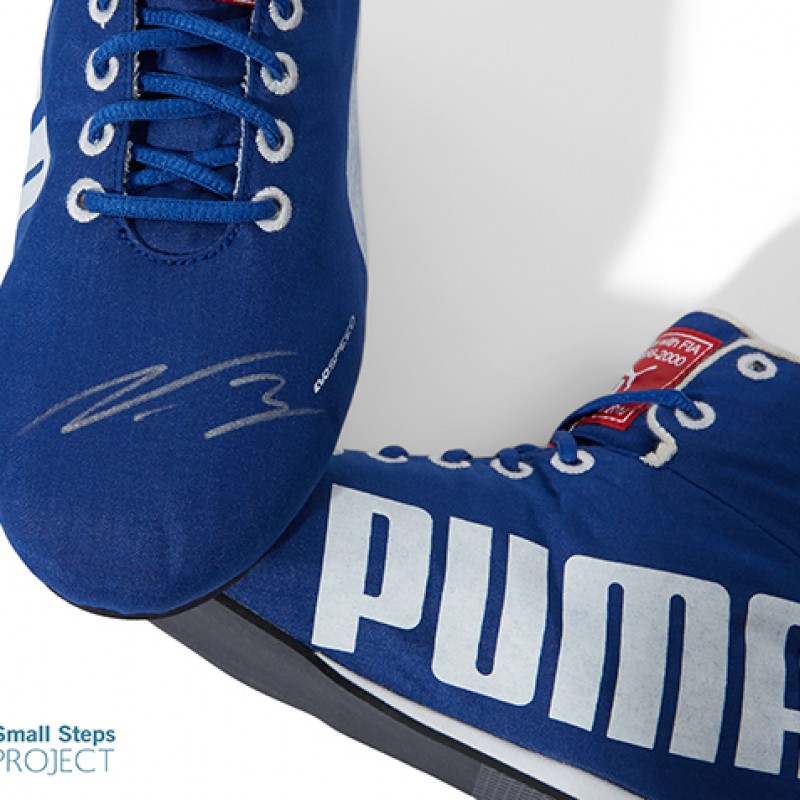 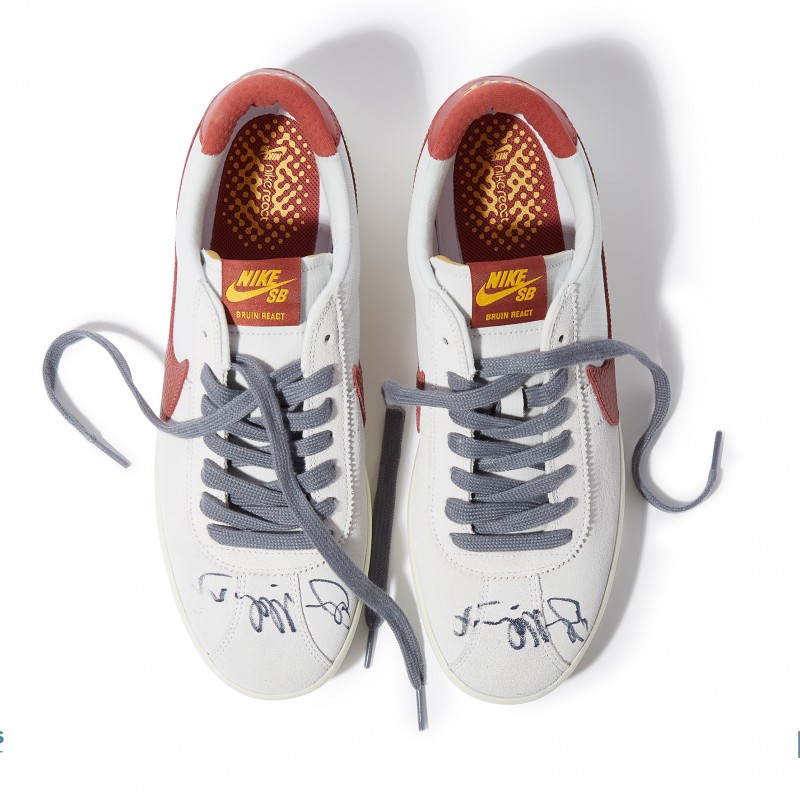 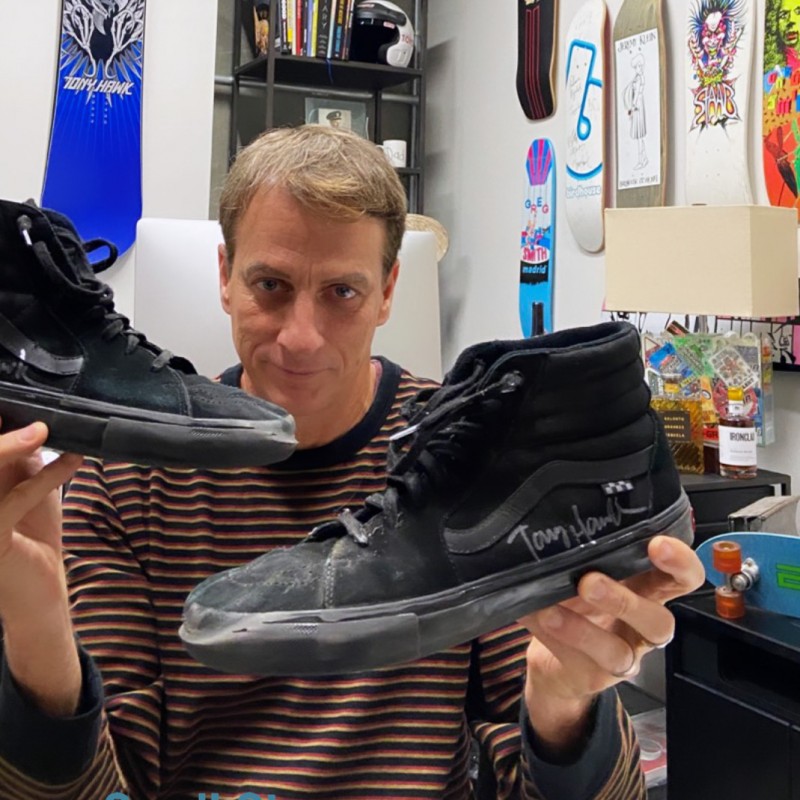 If your true passion is cinema, you'll be spoilt for choice! Actors and actresses of all kinds have joined the cause.

From Robert De Niro, considered a true legend of the film industry because of his versatility, to Margot Robbie, who became famous for her role in "The Wolf of Wall Street" alongside Leonardo di Caprio, to playing the roles of Tonya Harding, Mary Queen of Scots and Harley Quinn in the DC Extended Universe franchise.

If you're more of a Marvel fan, the shoes of the next two actors are for you. We're talking about Scarlett Johansson and Samuel L. Jackson.

Samuel L. Jackson is known for his acting skills, which have led him to be highly appreciated by audiences who don't seem to miss a single one of his cinema performances. His name is associated with directors of the likes of Spike Lee and Quentin Tarantino who have accompanied him throughout his career.

If you want to experience the thrill of wearing Samuel L. Jackson's autographed shoes, you can participate in the auction and add them to your collection: the actor's casual style will win you over!

Although we all know him from his role as Sherlock Holmes in the TV series, Benedict Cumberbatch has come a long way since then and has also been part of the Marvel universe playing Doctor Strange as well as Alan Turing in 'The Imitation Game'. You can win Cumberbatch's autographed trainers.

Not convinced yet? Scroll through the lots below for signed shoes from other movie stars including Bonnie Wright (Harry Potter), Thandiwe Newton, Ricky Gervais and more. 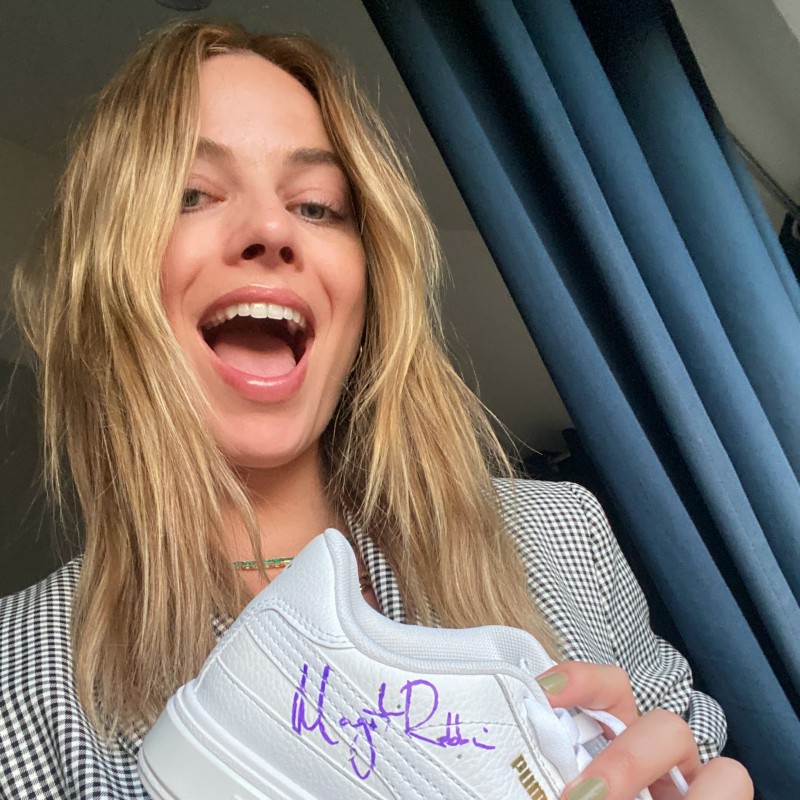 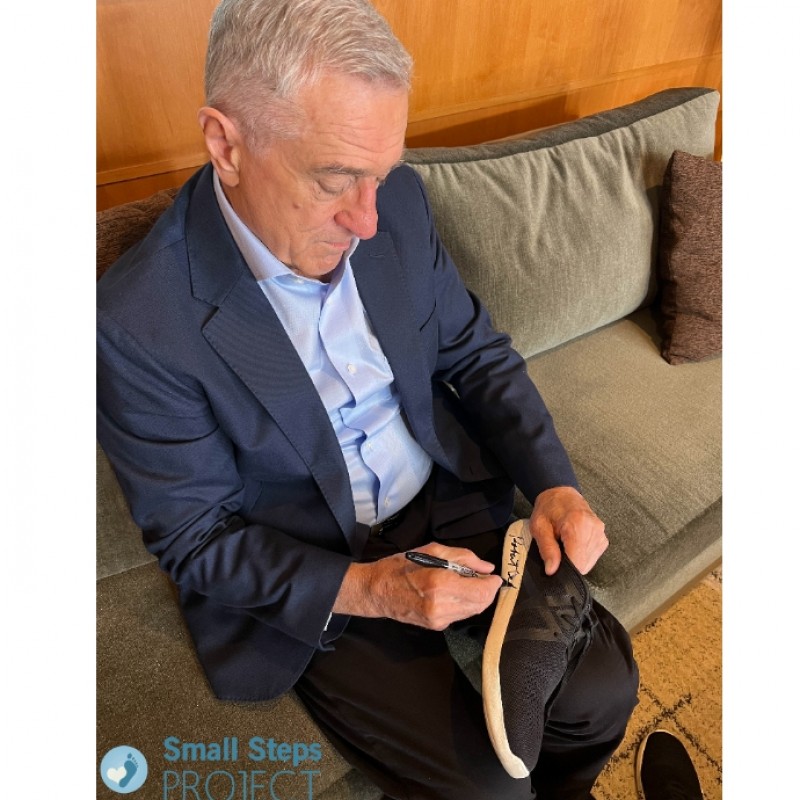 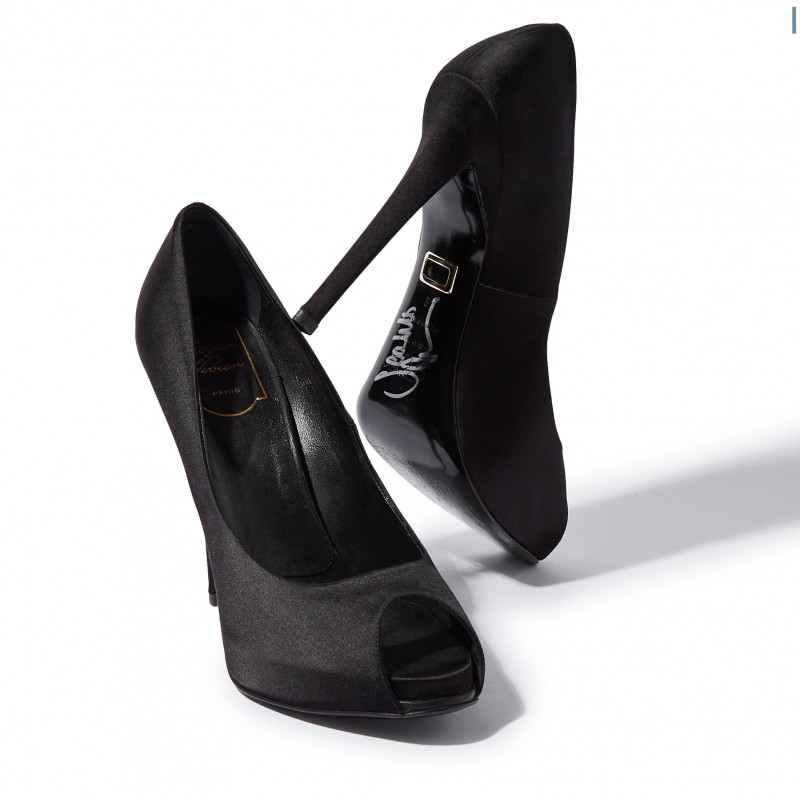 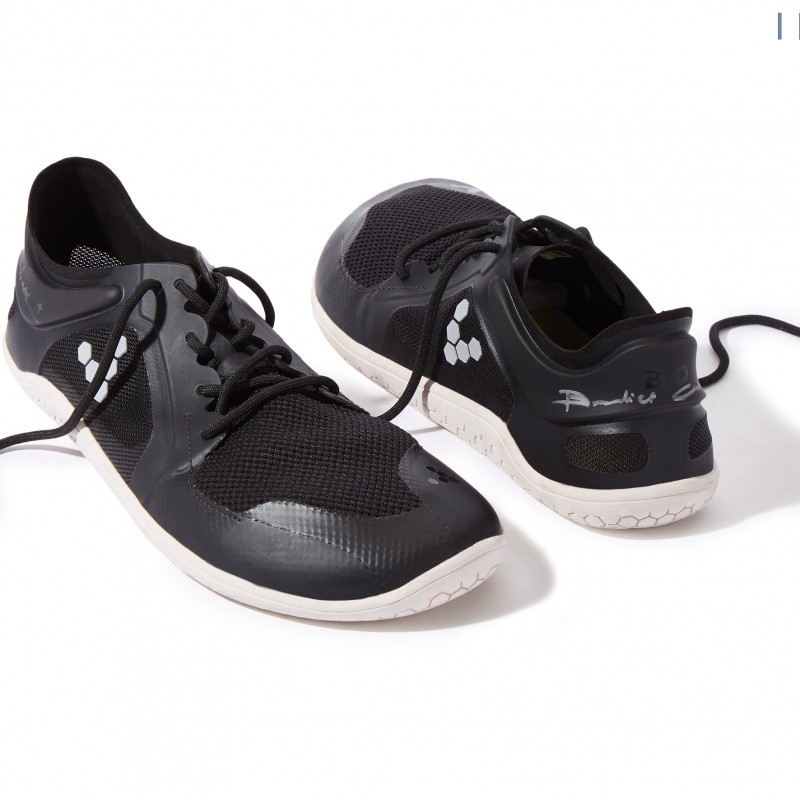 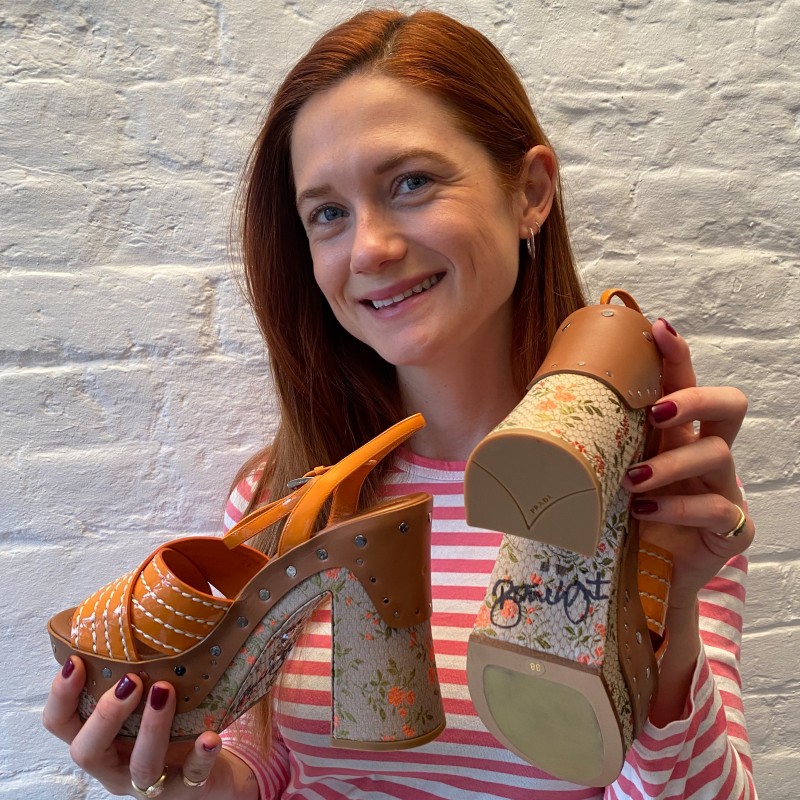 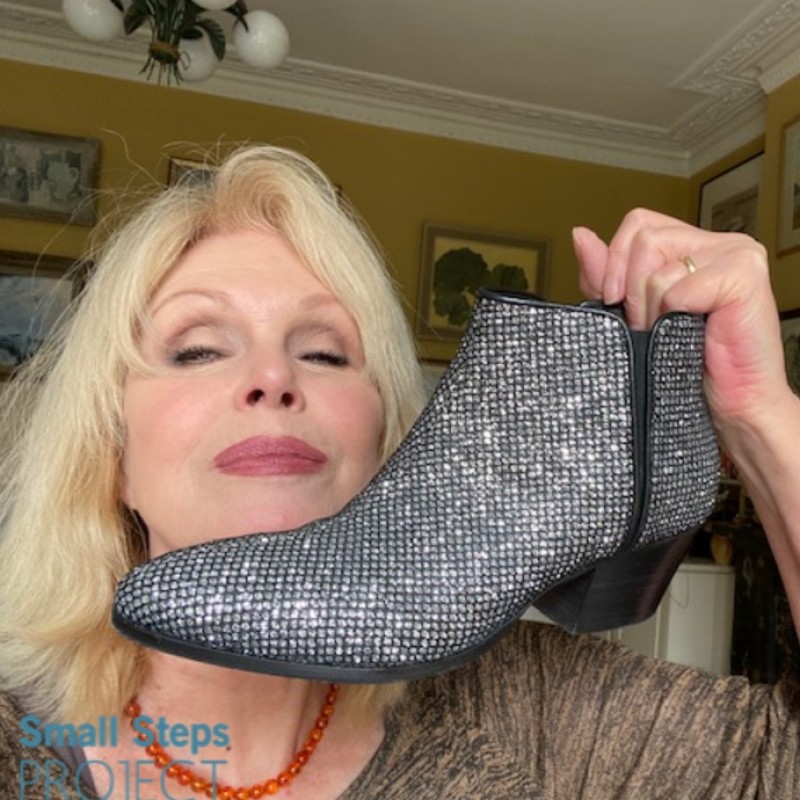 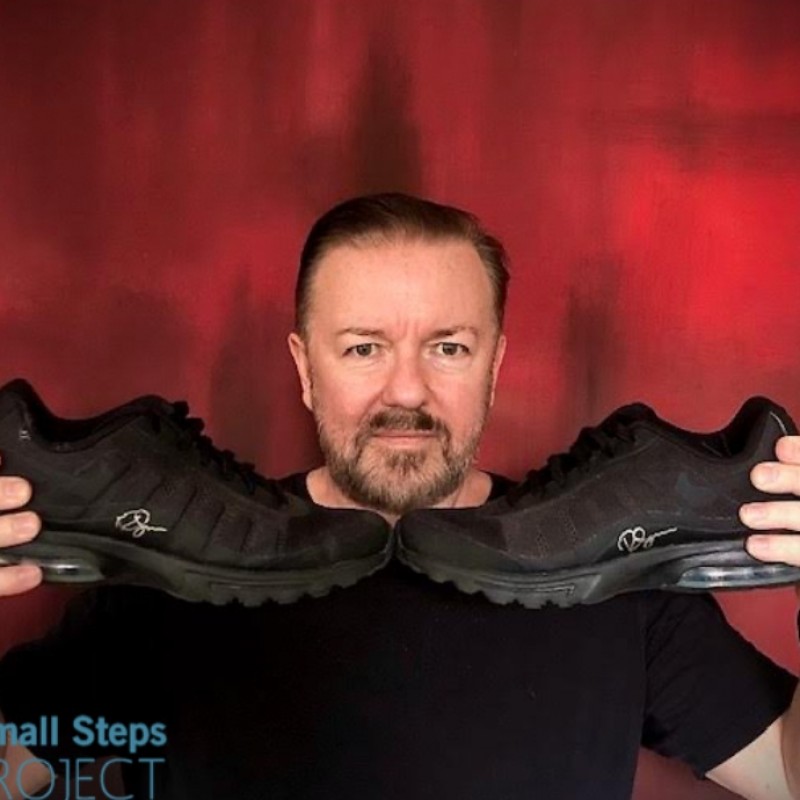 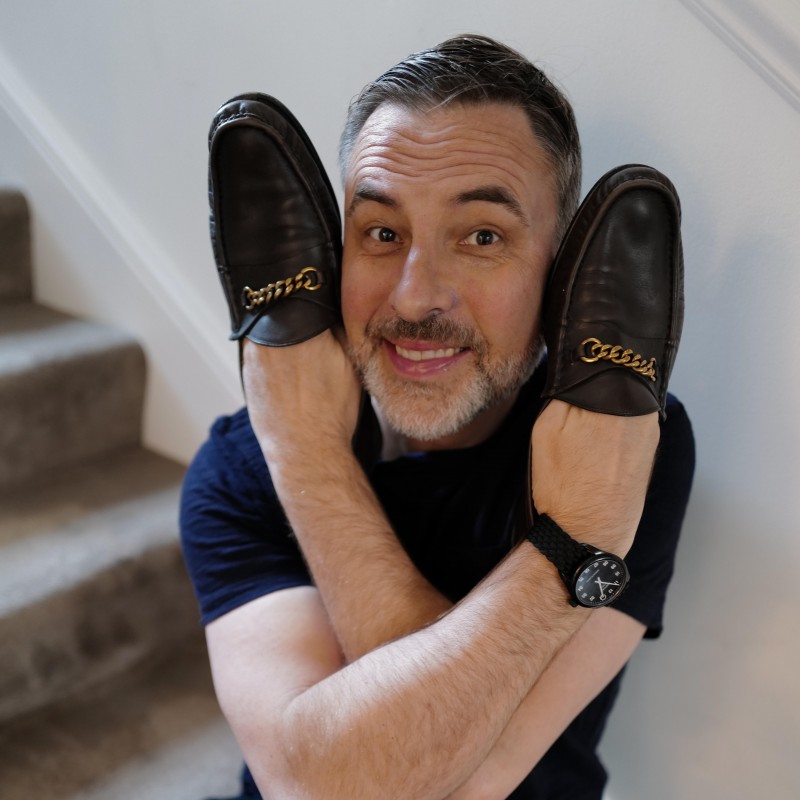 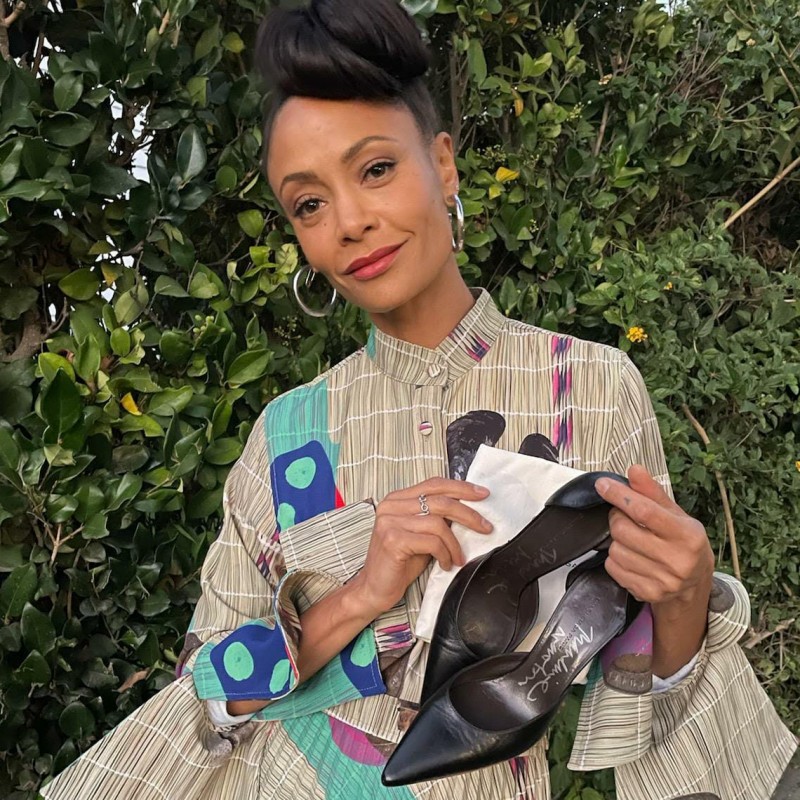 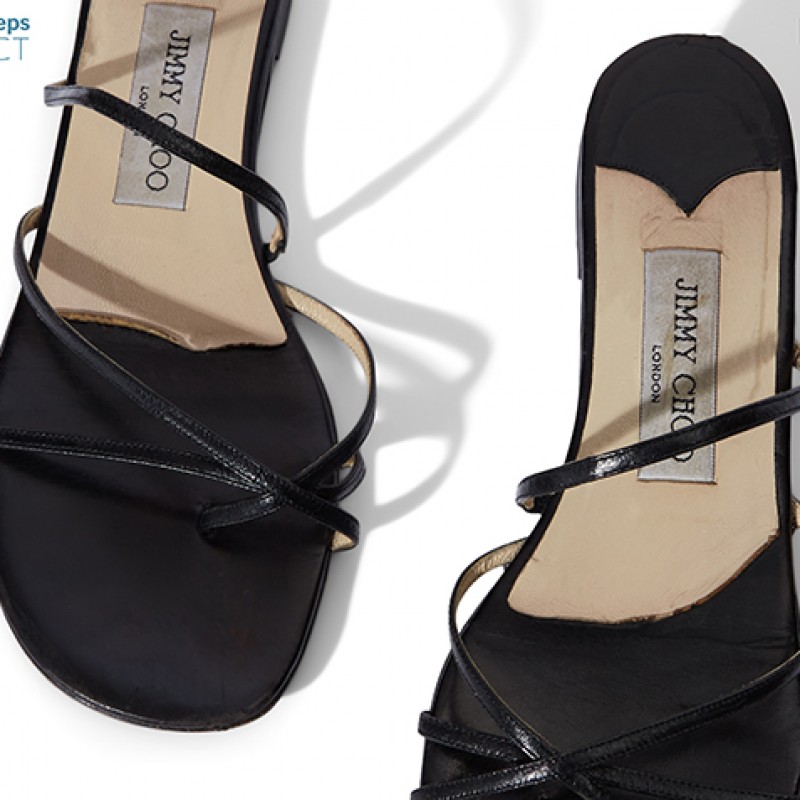 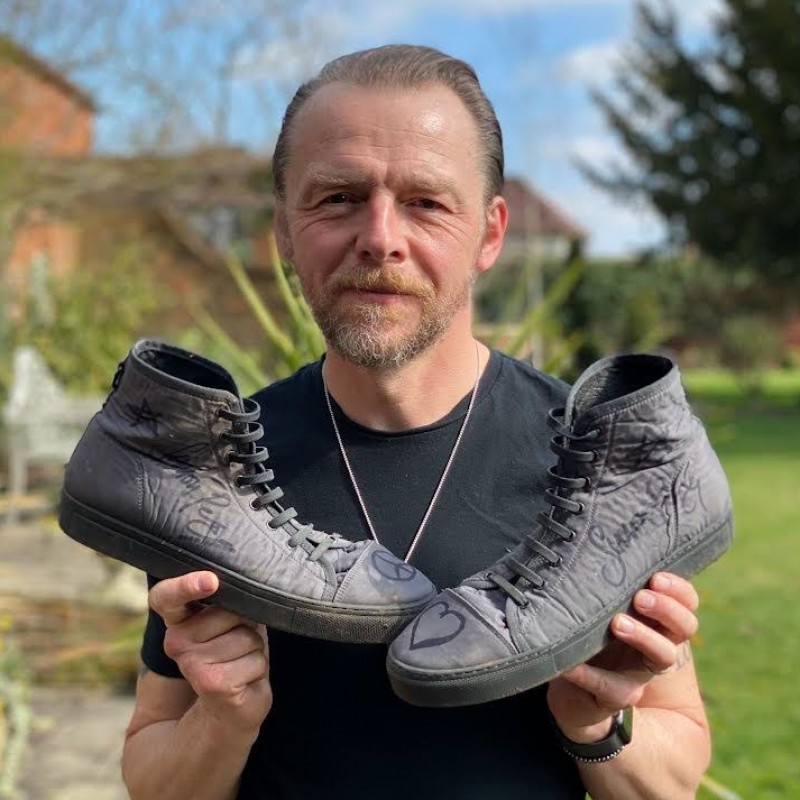