Mario Schifano is considered the leading figure of 1960s Italian Pop Art. New York had Andy Warhol, Rome had Mario Schifano, a multifaceted, eccentric and exuberant artist who spent his career in full creative flow. He produced an incredible amount of works, presenting himself as the perfect embodiement of la dolce vita and the hellraising. His images are discontinuous and rematerialized, taken from his private life, mass media, journeys with his mind and experiences of discovering the world.

From Libya to Rome to New York

Born in Libya in 1934, after the war Mario Schifano moved with his family to Rome where he spent the rest of his life. He followed in his father's footsteps and became a restorer at the Etruscan Museum of Villa Giulia in Rome, coming into contact with the world of art for the first time. He later joined an artistic collective and had the opportunity to meet the likes of Mimmo Rotella, Franco Angeli and Tano Festa. He went on to exhibit his early works and began to attract the attention of critics, gaining recognition for his innate talent and received numerous awards, including the Lissone Prize, The New Figuration and the Fiorino Prize.

In the 1960s he traveled to the United States with Anita Pallenberg, a young model, his partner at the time. In New York, Schifano met Andy Warhol and began attending The Factory, the collective workshop founded by the father of Pop Art. In 1963 he exhibited his works at The New Realists exhibition organized by the Sidney Janis Gallery, alongside some of the greatest figures of Nouveau Réalisme, including Klein and his friend Mimmo Rotella.

After his American experience and the influence of Pop Art, Schifano returned to Italy and, in the late 60s early 70s, produced a series of pop art works. Over the course of the seventies and eighties he gained further credibility and fully established himself as a leading artist on the national and international stage. Due to the problems related to drug use, he was arrested several times and forced to check into centers for drug addiction. He died of a heart attack in 1998 at the Santo Spirito hospital in Rome.

The Thousand Inspirations of the Artist who Painted Life

Mario Schifano loved art and deeply adored life. He did not know how to separate the two: for him art and life were intimately intertwined. The style of his early works was influenced by Informal Art. The paintings were characterized by a strong materialism and the rejection of form. Later, Schifano's style moved towards monochromatic painting, applying letters, glued paper, signs and images of various kinds to a block color canvas.

After his trip to the United States, Schifano brought Pop Art to Italy and began producing pop art works: among the artist's favorite logos were Esso and Coca-Cola. It was over this period that he turned his back on painting in favor of more innovative techniques, such as screen printing. This led him to experiment with new artistic approaches, drawing inspiration from media and television, in particular. This phase was marked by Schifano’s computerized canvases with processed images transferred from the computer to emulsified canvases.

Some Mario Schifano’s most famous works - that art enthusiasts and collectors will love - are up for auction. These works are the full expression of his stylistic evolution, presenting Schifano’s artistic vision complete with dizzying contrasts and parables which he used to interpret reality.

One of the most frequent themes dealt with in his works is "The Palms". Among the most famous creations in the series is "The Colored Palm", a materic enamel screen printing that highlights the link between nature and technology as the color that gives the surface an elegant rhythm. Another frequent subject is houses, most often depicted alone. "Sweet Home", for example, is a silkscreen print of a dark landscape with a house in the center: the dark blue mass seems to almost swallow up the small house with the red roof, complete with decisive and nervous lines that fill all the space. The work offers a sense of unease.

Another noteworthy pieces is the "Map of the Caribbean", a screen printing of Caribbean. Schifano offers an almost abstract rendering of the countries touched by the Caribbean Sea, evoking nature with simple color combinations. One of the most famous works by the cursed artist is "Innocenza Figurata", a screen printing that presents the antithesis of ancient and modern: two dinosaurs represent the prehistoric era, while two Renaissance architectures fill the space and represent the progress of humanity. With this work Schifano wanted to emphasize how progress is an achievement, but it brings with it the loss of man's original innocence. 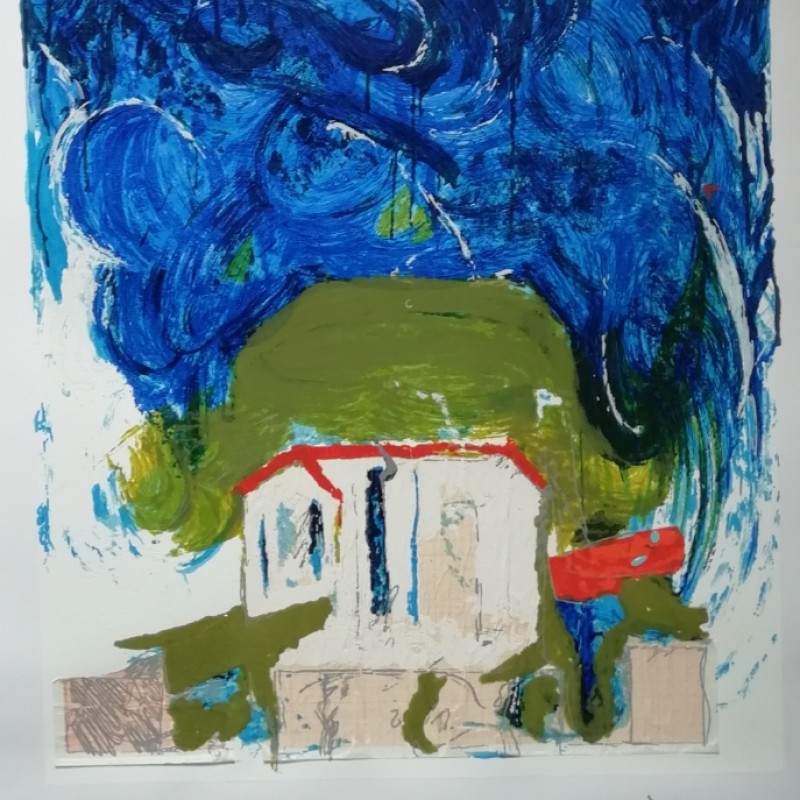 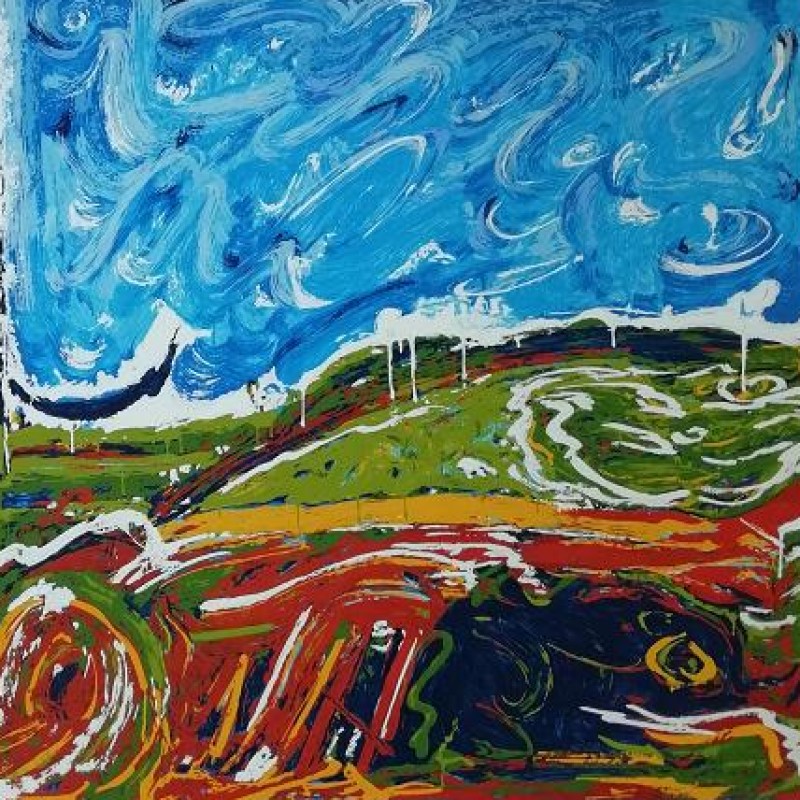 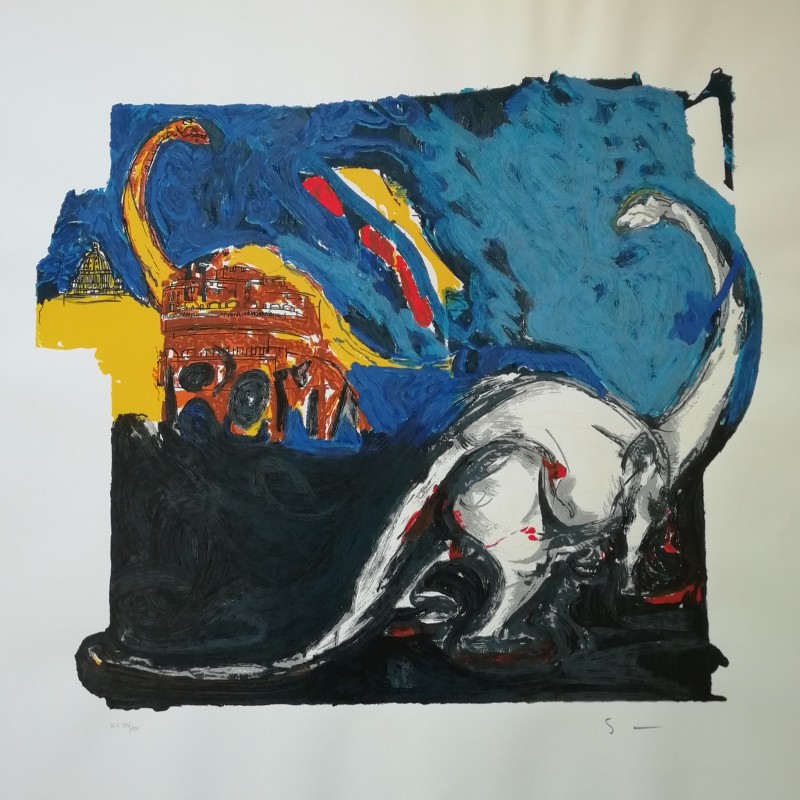 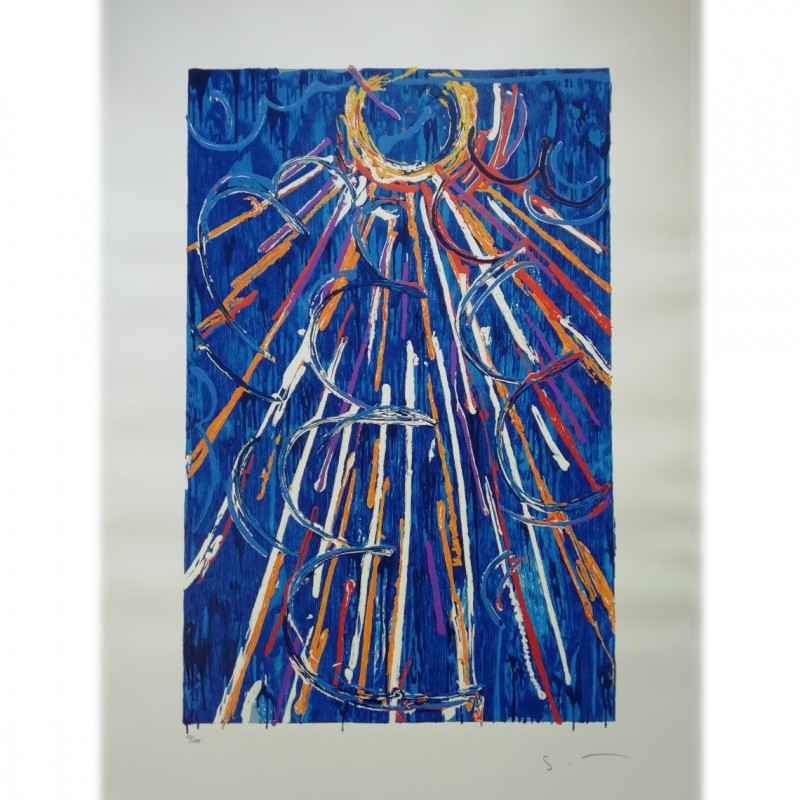 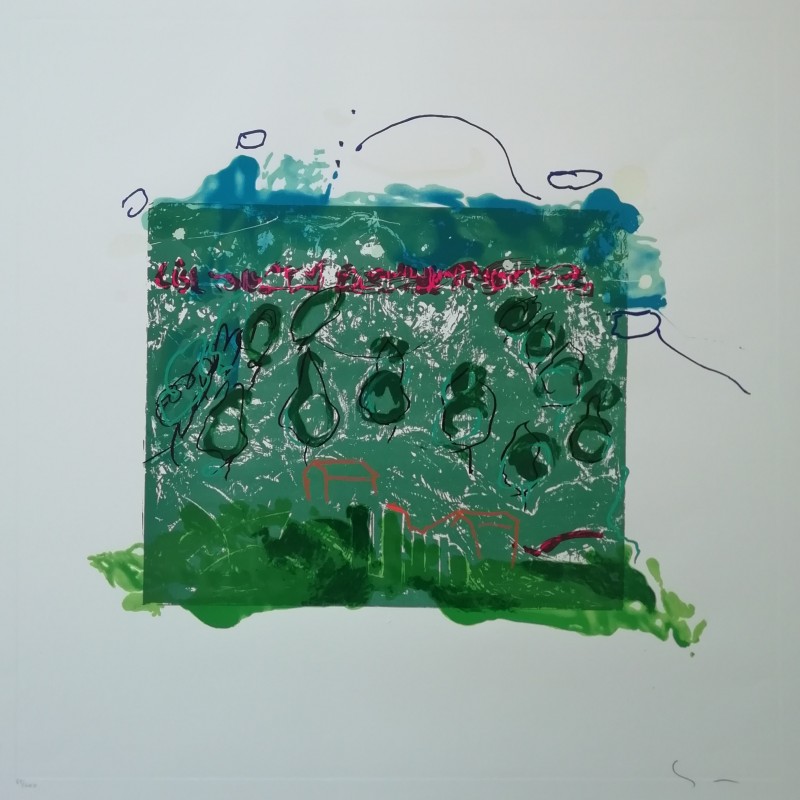 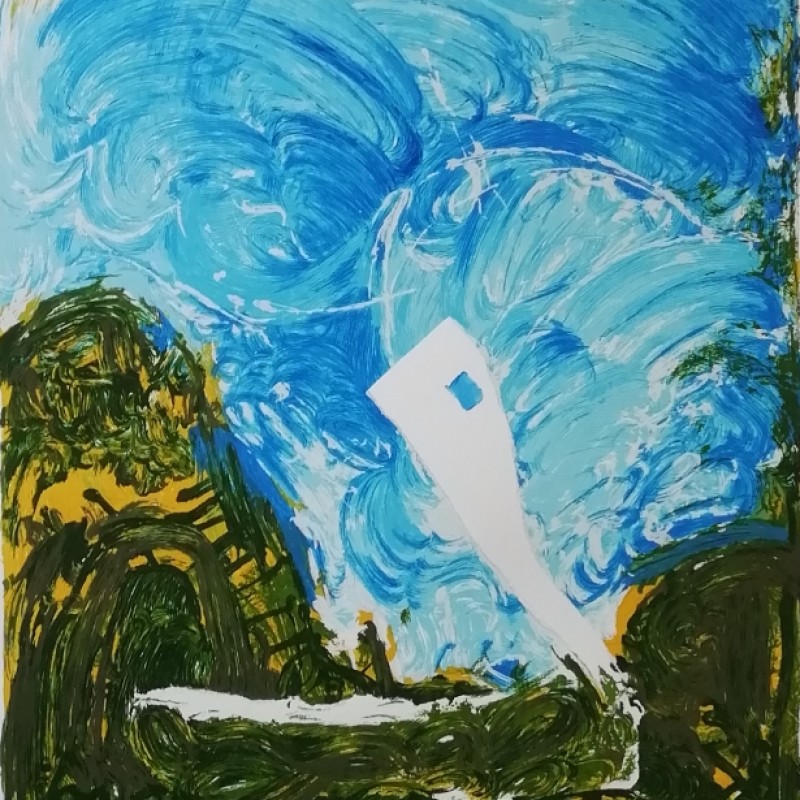 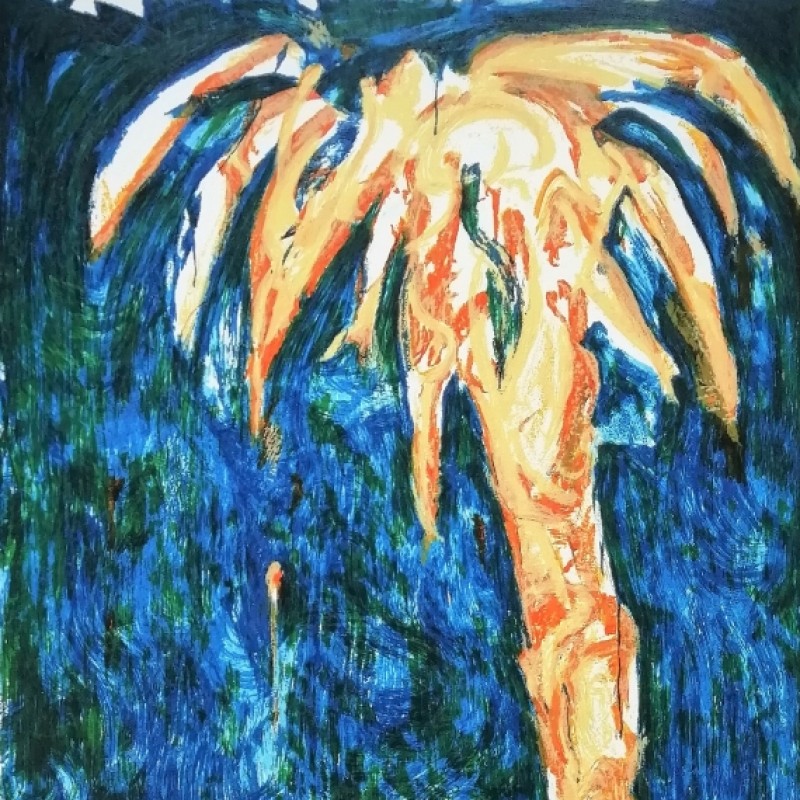